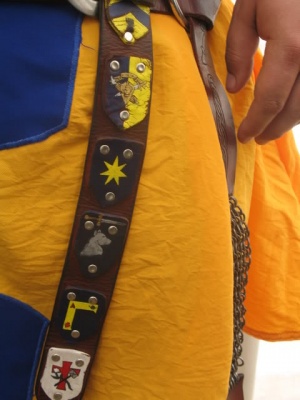 In the beginning there was only one knight, Peter la Grue; because of this there was no knights circle in the early days of the Burning Lands. Then only another knight could make knights. So when you read the histories from that time where it mentions who squired whom, sometimes that actually means that the Knight literally gave Knighthood to the Squired party. This is especially true of Tawnee, Nashomi, Gilos, M'Deth and Heimdale. All of these were early monarchs of Amtgard, and whom ever they knighted became part of their knightly families.