Sir Magnus Heartseeker, Paragon Warrior of Crimson Circle, in the Kingdom of the Polaris. 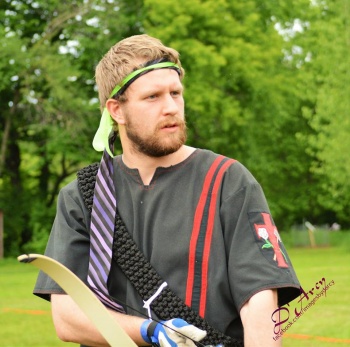 "Am I petrified now?”

Magnus started playing Amtgard in the Frostlands on February 22nd, 2007 in which his first class was Warrior. Although Magnus was new, he caught on very quickly to the art of sword play. Magnus loves the role-playing and fighting aspects of Amtgard along with every and any Amtgard event he can go to.