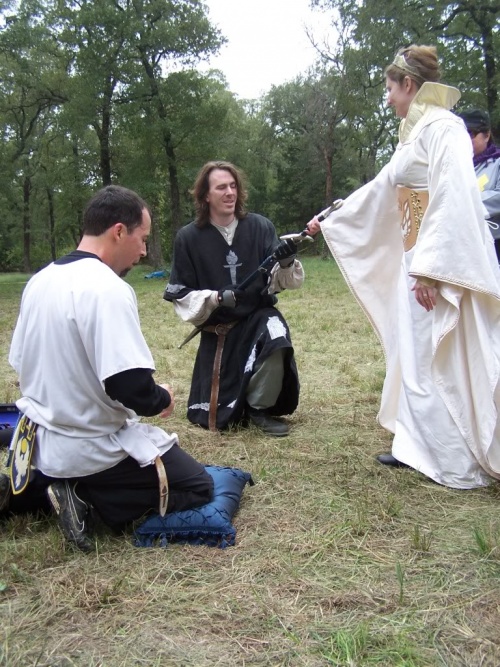 Sylvanista started playing Amtgard in the Barony of the Borderlands (Emerald Hills) in 1994. When the Borderlands was raised to Principality, she had the honor of serving as the first principality regent. In 1998, she moved to the Duchy of Mordengaard (Wetlands). While in Mordengaard she was almost always selected as the Guildmaster of Scouts. In 2006, she was one of the cofounders of the Shire of Nocturnis. If you spend too much time around her, you will be volunteered to walk in a parade, work some type of Amtgard demo, help design a quest, help with the Amtgard Food Fight or support any number of her crazy Amtgard ideas.

As told by Capt Black:

Former member of the Sisters of the Serpent

Member of the Borderlands Alumni