Alexia Edana of Emerald Cove in the Kingdom of Neverwinter

"There is nothing greater in life than sharing song and story." 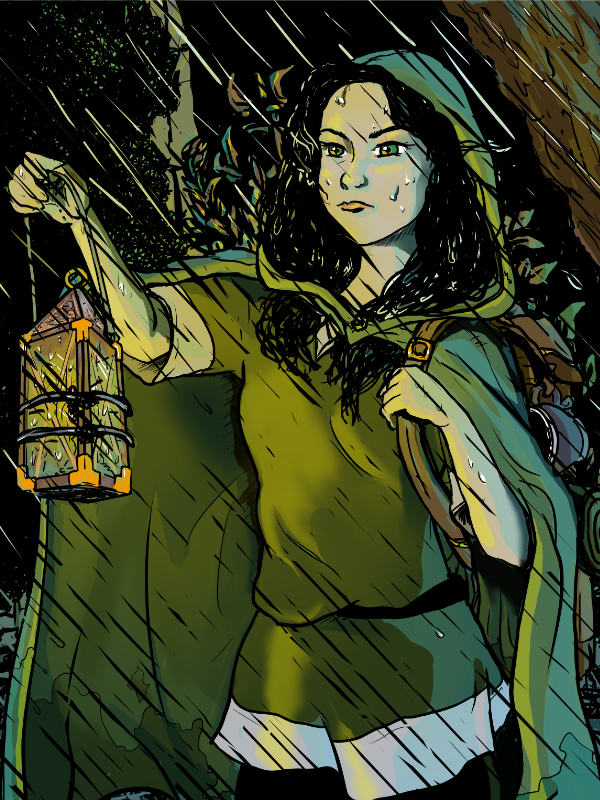 Lexi on the ORK 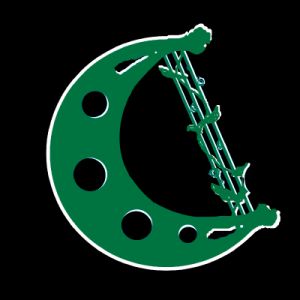 The daughter of Maggie Halvorsdottir (formerly Maggie O'Connor) and the God of flurbiness known in rp as Aldwhin (like Bacchus only with control over storms.)

She worships Morhein, the female moon deity of music, travel, and all wanderers. Morhein created the Ravens (like Romani/gypsies in Amtgard and the comic Tavern Stories created by Lexi --player Brittany Vandegraft-Witt) and looks to Lexi to continue to spread the word of the Road. Lexi looks to Morhein much like she is her mother.

She spent her time residing in Cursed Prairie to help organize and build up the Barony.

Lexi also used to run the shop within the Guild Hall where she sold the monster parts and concoctions that were harvested on her adventures.

It is still spoken that somewhere underground she leads a band of masked mercenaries in league with Faerie. In addition, she has been associated with the Dagger of the Silvermoon Company on the field and off.

She and Doubting have settled in at Emerald Cove after a long and arduous journey on a mission from Morhein.

The smallfolk are slower to trust in the Emerald Cove, though she is working as a leader among the other welcoming Adventurers, and she once more took up a shop in the guild hall. She can most often be found outside in her caravan hanging with Doubting, their cat Bram, their gypsy vanner horse, and a young white dragon named Tristan who speaks only Ravian (based on Romani.)

Their real journey has only just begun. 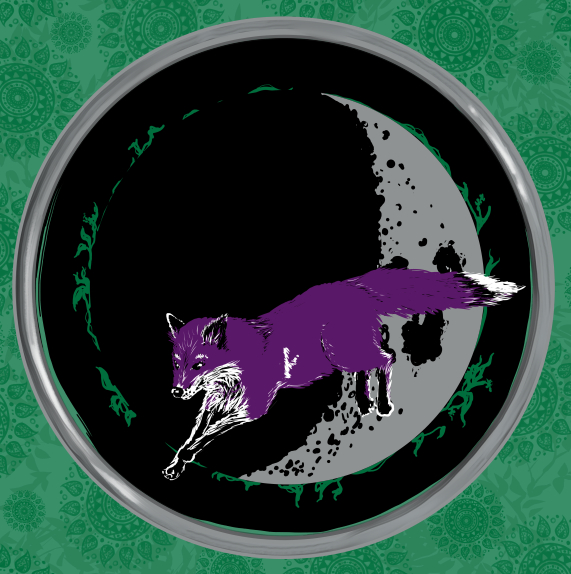 The heraldry designed by this player for use in garb, awards, etc. There is a simpler version for things like leather. 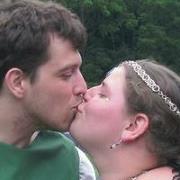 Doubting and Lexi at Bridge Wars '11.

She worked hard as a leader in Cursed Prairie.

Lexi is well versed in the arts and became known for her woodburning (pyrography) in the Rising Winds. She continues to expand this knowledge in Neverwinter and beyond.

Other arts include with much love: 2D art and heraldries, award design, leather masks and pouches, garb and monster garb, gypsy concoctions (herb mixtures and such including tea mixes and ink making), fiction and other writing, bardic singing and songwriting, cooking and baking, and 3D art(primarily polymer sculpture). She is currently taking steps into chainmail and woodworking.

She is the creator of the Bardic competition "Siren" which she ran annually in the Rising Winds and plans to continue (perhaps expanding it into an event.)

Lexi has entered, ran, and judged many tournaments at both park and Kingdom level within the Rising Winds and Neverwinter. She has also judged for Tal Dagore. She also created a new judging system based on mundane life jurried art shows with Doubting's assistance, and seeks always to better Culturals for all.

Her artwork has been featured in the gate favours for Keep on the Borderlands several times.

She won the banner contest in the spring 2020 reign for Neverwinter as well as the "Last TP" contest soon after. ^_^

She continues to work hard as a leader in the Emerald Cove while expanding her efforts to create and help in Neverwinter. 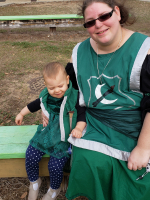 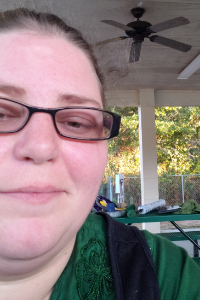 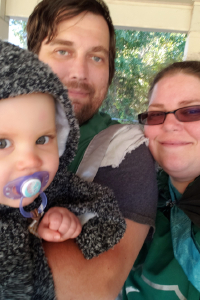 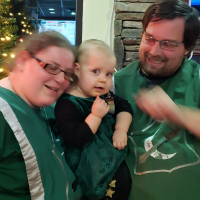