Valley of the Twin Rivers

A Duchy of the Kingdom of the Rising Winds, located in Springfield, Ohio 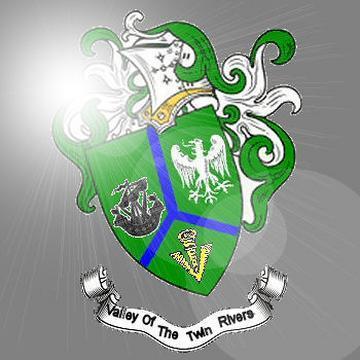 Formerly the Principality of Midgard, of the Kingdom of the Rising Winds, VTR began in summer of 2003, after Raven's Horizon went defunct.

Chapter removed from the Rising Winds due to inactivity in September 2008.

On Sunday, May 30, 2010, the Springfield park held an Althing to decide the park's official name. In a unanimous vote of 14 to 0 MiGS, the name has been returned to VALLEY OF THE TWIN RIVERS. Our name is no longer Latveria.

Responded to the 2011 chapter Audit, with new heraldry and a strong and growing chapter.

June of 2012, elevated again by the Kingdom of the Rising Winds to the status of Barony.

In June of 2014, elevated again by the Kingdom of the Rising Winds to the status of Duchy. Looking forward to keeping up the strong push on recruitment, retention, and individual growth within our members as we look ahead.

Valley of the Twin Rivers is an Amtgard Chapter in Springfield, Ohio. We meet around noon Sundays at Snyder Park. The park is located directly off OH 4, US 40, and only seconds from US 68. Our park has some nice features, including covered shelterhouses, a fair amount of shade, and nearby woods and rivers which make for an awesome quest setting. We play lots of good old fashion ditch games, as well as fair mix of class battles and quests. We will also be planning scheduled A&S events soon. We meet around 12:00 PM or earlier, every Sunday, and play till 5:00 PM. Come on out and join us! Mapquest us for directions. We are at the intersection of Snyder Park Road and 40.