Squire Baron Baronet Lord Ritari of the Sun, the Faithful, the Original, SON! of Nine Blades, the Cursed Paragon Assassin, Signifer of the Ebon Order, of Caradoc Hold, Goldenvale

Young Ritari is a king among men! -Glyn

You're a GOD among men! -Joxar 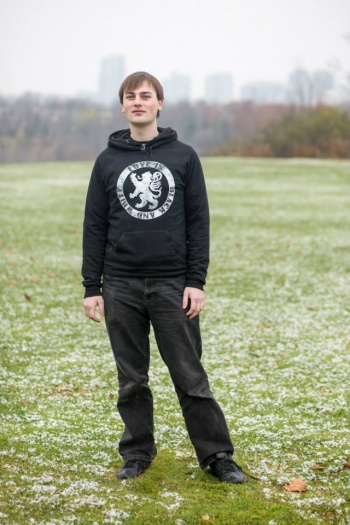 Ritari first came to Amtgard in December 2011, after being brought to an event by Lofold. After the event, he rallied a few people together to create the chapter Annwyn, while attending school in Fredonia, New York. Having experience in martial arts and other forms of LARPing, Ritari has been mistaken to be involved with Amtgard for longer than he actually has.

We're not quite sure what Ritari's obsession with the sun is, but regardless, you will know he's around when you hear his battlecry. "PRAISE THE SUN!", which is slowly being used by others throughout Goldenvale.

Ritari and Dee are believed to be the same person, or at least related. However, they are not.