Grand Duke Cairn Grix, of Duchy of the Iron Mountains 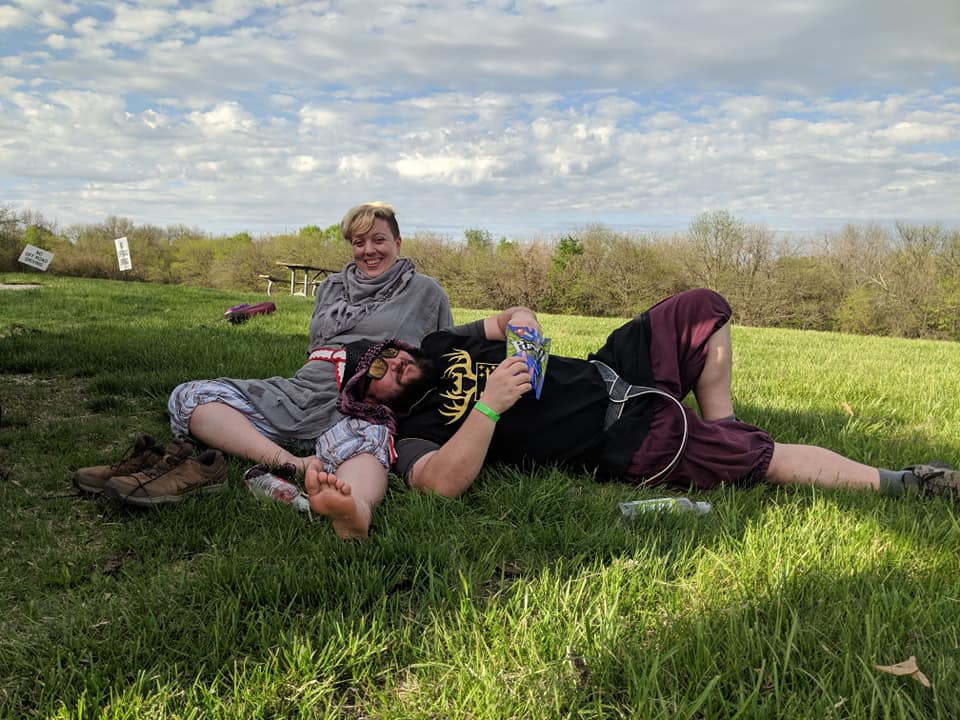 "Shut up, Mom! You're just peppers and onions on bread!"

"I hear the only title worth receiving is 'Grixnificent'." - Brennon Viridian

Grix began playing in 2002 when he helped found the Shire of Crimson Wood under Burning Lands in Rohnert Park, CA. Having eventually been an active member of many of the California parks, Grix was also heavily involved in the formation of the Principality of Westmarch. Grix moved to the Iron Mountains in early 2011.

Starting out with garbing and equipment making, Grix's first passion in Amtgard was crafting. Always being excited to learn something new, he turned his interests more towards leatherworking and silversmithing with the help of some fantastic mentors. Grix also quickly picked up an interest in writing and running battlegames and creating online tools for parks and kingdoms, including a number of websites and a reign-long online boardgame for Iron Mountains that interfaced with the ORK. Those interests lead to a desire to serve in a leadership capacity. Grix has held every office at both local and kingdom levels, and has helped write corpora for Westmarch and Iron Mountains.

Grix enjoys promoting game-wide projects. He sat on the Amtgard Food Fight Executive Committee, was the layout artist for the Amtgard V8 rulebook and Dor Un Avathar, and has served as an Amtgard Ombudsman.

These days, Grix helps out anywhere he can while focusing on improving his fighting. He is an acknowledged gifted psychic and reads the tarot cards.

"There have been a lot of discussions about how gender neutral title variants are often hard to find, especially for knighthood. Some knights take alternatives that are either modifications of existing titles or new titles completely and the practice seems to be picking up. In an effort to help support others that are looking to use non-traditional titles I spent some time thinking of alternatives that I would like to use and I think I've settled on one.

In use since prehistory, cairns are stacks of stones that designate something important. They've been used for religious ceremonies, as burial monuments, for defense, and - the reason I fell in love with this word as an alternative to sir - to mark trails.

If you've ever gone hiking here, there's a good chance you've seen a cairn alongside the trail. They can provide gentle reassurance that you're going the right way, or help you find the way forward when you're completely lost. It feels like a fitting analogy for the guidance that I endeavor to provide as a knight." -Grix