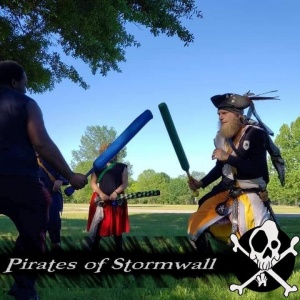 Dwarf is a villain who helped in the founding of Blood Marsh when he was thrown out of every decent settlement in the area. He befriended a few locals who helped in the founding of the settlement. Along the way, the others started to see Dwarf for the villain that he was, but the settlement of Blood Marsh always came first. The locals still tolerate Dwarf as he (probably) poses no real threat to the land. He is always scheming ways to "Reclaim what is rightfully his." He was fought along side the Death Eaters during the wizarding school reign, sided with Loki and helped bring about Ragnarok, and is always scheming to find new villainous allies to aide in his "conquest" of Blood Marsh.

Cody is a professional tattoo artist in Central Louisiana. He helped found Blood Marsh, but got his start at Crimson Moon. He focuses on service and making sure he can do anything in his power to make sure those around him enjoy the events that he works.