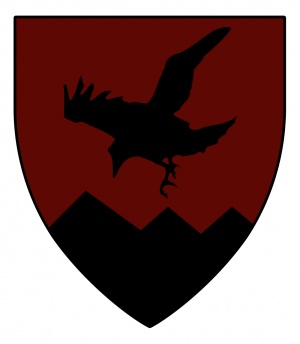 Dreadmoor, the concept that is, was brought about in 2008 around March. Most of the parks in Oklahoma had gotten together on a few occasions and decided that it was well worth it to bring all the parks in Oklahoma together and swing foam and interact. The more often this happened, the more often the idea of creating a Kingdom was proposed. The camaraderie and friendships built on the coming together of parks eventually sparked the fuel into a fire and most of the northern parks of Emerald Hills decided to go with it.

The confederacy of Dreadmoor was adopted under the Emerald Hills in September 2010.

Awarded Duchy status in June 2011 and Principalitystatus in 2013. In April of 2015 it was announced that the status of Dreadmoor as a separate entity was to be dissolved by June 7th, 2015. The future of Dreadmoor is currently unclear.