Man-at-Arms Cyril Murkov, of Bloodwyrm Haven, Wetlands== ”RUM AND WENCHES!!! ...... Not necessarily in that order..” (Particularrly funny, because he is underage. - Lady Squire Dahlia Wyngarde 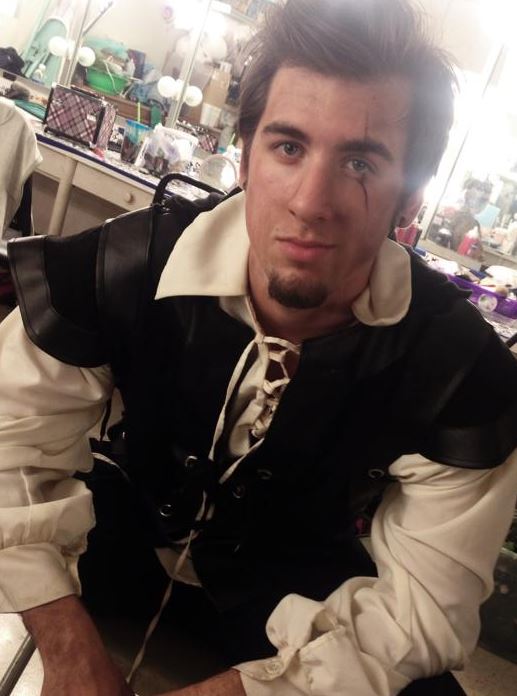 Cyril Murkov began life as a rich lower noble on the Imperial Isles. As young men with fire in their blood are wont to do, he left his family and their wealth, without their knowledge. (Some might call it running away.) The ship he purchased passage on was taken by pirates not far from his homelands, and he was quickly put to labor. The pirates saw some promise in him though, with his learning, and knowledge of the ways of the wealthy, and he was given his own ship, the Harbringer. Not long after, he and his crew set anchor in Bloodwyrm Haven, in the Kingdom of the Wetlands. Working out a deal with Dahlia Wyngarde, who had dealings with pirates in the past, was a simple doing, and thus, the Harbringer and it’s crew always have a safe harbor.

When Cyril first stepped on the lands of Bloodwyrm Haven, Dahlia Wyngarde, a newly made Squire, saw the excitement and unadulterated happiness that the game of Amtgard created (or brought out) in him. There were a lot of new things happening in their province, and she needed help. Setting aside the typical waiting period for belting, she approached him, and asked if he’d be interested. Upon his acceptance, she took him under his wing, but did not fully claim his as her Page until the three month period had passed. Once it had (to the DAY) she handed him a yellow belt, and welcomed him to the belt line. More recently, as he has become more and more involved in the fighting, Dahlia re-belted him, as a Man-at-Arms, joining his belt brothers, Baulder and Lucian.