The Barony of Wolfheim of the Kingdom of Polaris, located in Sun Prairie, Wisconsin 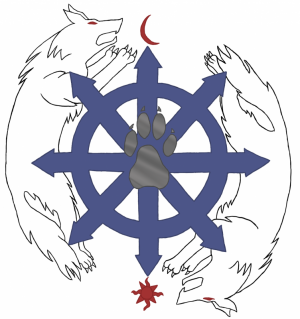 Wolfheim was founded on Oct. 21 2012. It was started by Skaren Blodhrafn when he moved back to his home town of Lake Mills, WI and realized that there was no Amtgard chapter in southern Wisconsin. With the aid of Maddox and Gargha, they got Wolfheim up and going.

The park started small but prospered. Wolfheim petitioned for and in early November 2013 was accepted on a trial basis into the Kingdom of the Rising Winds, and the following weekend was accepted into the Principality of Polaris.

Wolfheim is in the southernmost lowlands of the Northern territories. It is one of the most fertile areas with its rolling hills, flat lands and beautiful woods.

It would seem to be a great place to settle in the Northern territories. Yet it is still very dangerous. In addition to harsh winters and heavy falls of snow, packs of great wolves roam these woods and they grow braver by the year. No ordinary beasts, these possess a fearlessness and cunning that seems to almost border on supernatural.

The Fangs of Power, a relic possessed by the Jarl of Wolfheim, keep these creatures at bay.

On November 17th of 2013 at Principality of Polaris Coronation, Wolfheim was honoured to be presented with an Order of the Flame by Prince Michael Hammer of God, for service members of the park performed with setup/take down of the hastily constructed Keep during Keep on the Borderlands 2013.

Was Upgraded to Barony July 2015

Households and Fighting Companies that reside in Wolfheim:

During the Winter months we move to an indoor site in Stoughton Wisconsin, located at 567 E Main St, Stoughton, WI 53589 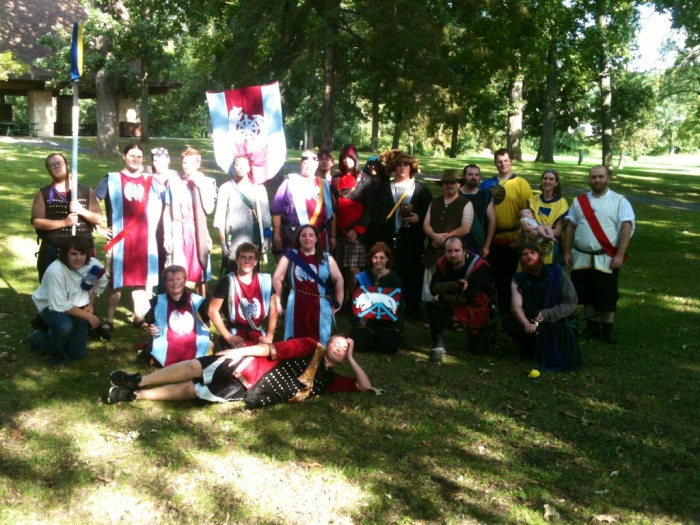