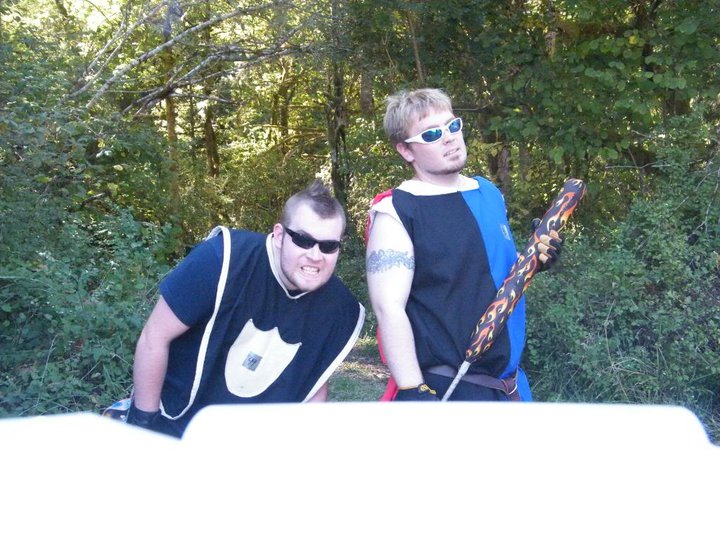 The one on the right (you're welcome Brian)

First played Amtgard in '92 or '93 at fighter practices in Boulder, Colorado kingdom of Iron Mountains. Didn't come out again till the Mystic Seas, 2002-2003 where he played, became squire to Lukor, took another break to re-emerge in 2009 in the Northern Lights before moving south to San Diego, founding Sunset Cliffs. Has one brother Dourn and one cousin Everett active in Amtgard.