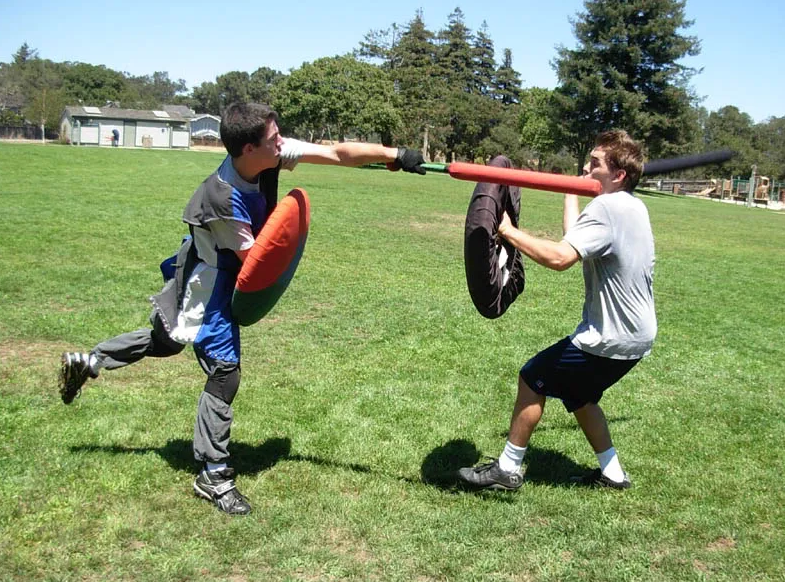 Raf started in Wavehaven many years ago when he was a fresh faced young lad in a silly camo tunic (Trivia: the first tunic made by Dame Ailanthus). In 2002 he took a Man-at-Arms belt from Squire Azero, and dropped his belt in 2008 after feeling the distance between himself and Azero to be too great. Raf is one of the best fighters in Wavehaven which is most likely due to the fact that he is a damn lefty. He resided in Crimson Wood from 2006-2008. In 2008, he moved back Wavehaven and became inactive in early 2010.

In late 2017, he and Hawk Ravenwynd were living in Seattle and went to the local park to donate old Amtgard items. They were bitten by the bug and moved their credits to Inland Ocean within a month. In 2018, they moved back to California/Wavehaven for work, and Raf decided pushing for Warlord would be good motivation to get in shape.

Was on the committee that rewrote the Westmarch corpora before approval to become a Principality.