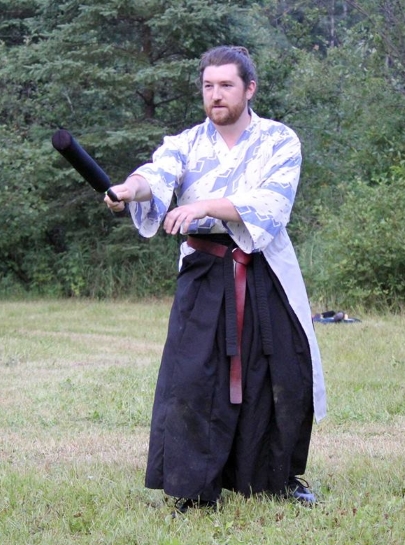 A young jewish boy and his father once set out in search of new "Shmucks" as his dad put it. Daddy was a "Money Loaner" as they put it. Because him and his father were Jewish they had a very hard time settling down in these hard times. After quite some time they made their way from place to place village to village and found them selves in Wolvenfang.

Only days later his Father was slain by roving Bandits. Being of Jewish decent, his father never carried his coins on him. When Ohrn made his way home to find his father dead on the path just ahead of their new found home. His first words were "The coin..." He rushed into his home kicking the door open. He ran to the back room opening the locked chest in which there it stood shining in the light. The Jew Gold of 1000 kings. Ohrn then spend the night drinking liquor and spending abit to much on the ladies of you know what i mean.

Previously belted as MaA under Squire Siris (has since retired)