Northern Fields, a former Barony of the Empire of Rivermoor

Northern Fields is Winnipeg's foremost medieval/fantasy live-action roleplaying group. Onc could usually find 30-60 people on the fields at its peeak.

Founded as Wildgard by Zume Frostpaw and Sylver Snowlynx in 2012, and first met with all of 5 people on March 18 of 2012. Zume had been in Amtgard since 2006, playing in Nevada, Tennessee and Minnesota. Sylver was introduced to Amtgard in 2010 in Minnesota. Both were impressed with the Amtgard system, and in 2011 they decided that Winnipeg was ripe for a LARPing group of Amtgard's calibre. They spent 6 months building up an armoury of park weapons, scouting locations and making contacts to try and spread the word. After Wildgard got rolling, others were vitally important to helping the group establish itself and grow; From there, the group just grew and grew!

A few names were considered for the park in the beginning, originally it was going to be called Wild Spirits to honour both the fact that Winnipeg is at the doorstep of pure wilderness and that Winnipeg was the central meeting place of three aboriginal tribes: Anishinabe (Ojibway), Cree, and Lakota (Sioux) and that 'Manito' of Manitoba, or rather more correctly 'Manitou' means Spirit in both Cree and Ojibway. The name Wildgard was decided upon to represent a realm shared equally by humans and wild animals.

The winter of 2013 into 2014 brought difficulty to Wildgard in the form of the coldest winter the city of Winnipeg experienced on record, including a couple days of being colder than the planet of Mars. This was followed by a late spring.

Wildgard then experienced a wet early to mid summer, and from August onward the weather favoured Wildgard once more, and normal high numbers were seen again into 2015.

On October 17 2015, at Curse of the Great Pumpkin, Queen Jocelyn elevated Wildgard to Barony.

In the Fall of 2019, by majority vote Wildgard was renamed to Northern Fields.

Despite a lull in activity, activity has continued, with attendance numbers being in the 5-15 range throughout 2021. 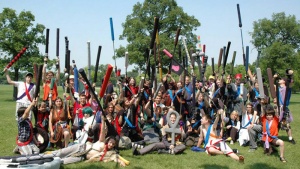 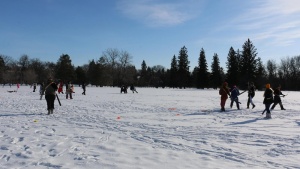 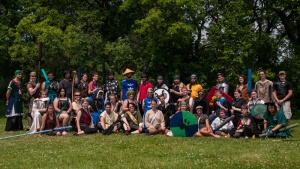 No longer in use: 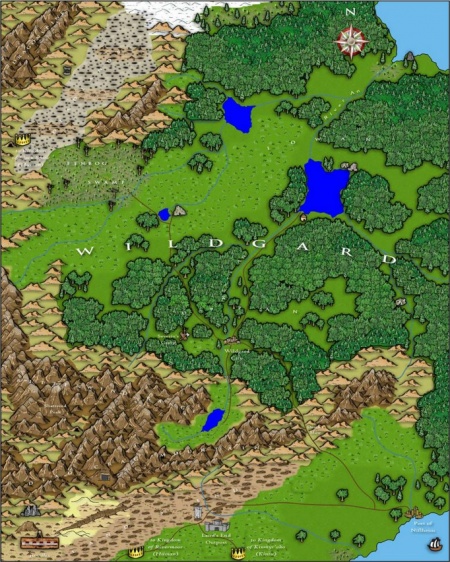 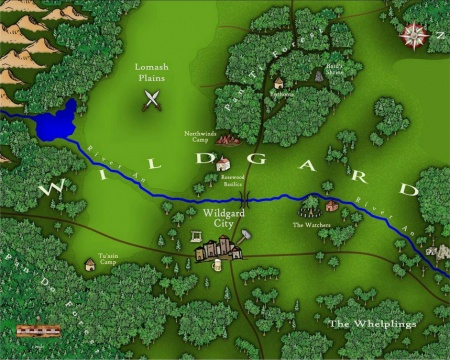