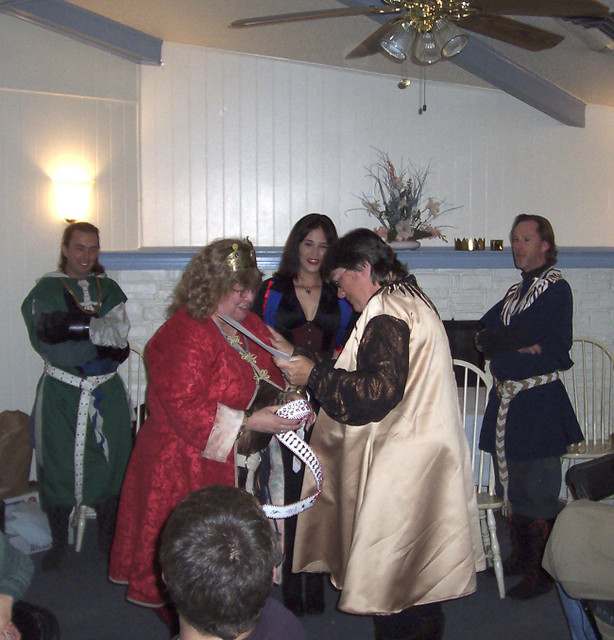 Dame Mezzie on the right.

Mezzie is one of only two Grandmistress to the Household of Amazons. During her time as a BL'er, she held offices of PM, Regent, and member of the BOD. She always tries to attend Spring War. She is proudest of the beloved household of Amazons.

She first began going out to Amtgard in 1996 to keep an eye on her younger, wilder daughter, Dakota. Her older daughter began attending Amtgard as well, and before Clan XV it was a family affair with husband Wovoka stepping in by Clan XVI as Medicrat. She and hubby, Wovoka, are now part of the Emerald Hills.

She is a Master Garber and is one of those people you sometimes hear about but never seem to put a face to.

Dame Mezzie was awarded Knight of the Flame on November 12, 2005 for her dedication and service to Amtgard and the Burning Lands. Though Dame Verana knighted her, she was belted by one of the two Head Mothers of the House of Amazons, Dame Andralaine: