A Shire, located in the Kingdom of the Wetlands 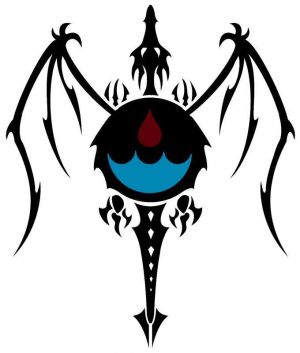 "The Heraldry of Bloodwyrm Haven"

Physically located in Lake Jackson, Texas, Bloodwyrm Haven was founded by Caim Bloodwyrm in March of 2012, and was granted it's status as a Shire of the Kingdom in 2013. At endreign/coronation 2014, Bloodwyrm Haven was promoted to Barony. Bloodwyrm Haven is one of the fastest growing parks in the Wetlands . This park is a haven for those who play Amtgard, honor the rules, and are out to have a good time. Class battle-games comprise the majority of the events at BWH, but the A&S community is strong and growing as well, with music, crafting, and art all being displayed and shared at most park days.

The park of Bloodwyrm Haven started in Caim Bloodwyrm's front yard, with a handful of other friends and distant acquaintances. Within six months, the park had grown beyond the size of the yard, and the park at large agreed that it was time to move locations. Dahlia Aed went to get permission for the group to play at one of the local parks. Unintentionally, she somehow got permission for them to play at ANY of the parks, much to the group's elation. Eventually they chose one, and settled in for the next year.

Reign I: The Arrow Debacle

About a year into the group's existence, and having just recently been made a Shire of the Wetlands, the park hit a speed bump. Members were comfortable at their beloved park, and were slowly growing, however, they were unaware of a legal issue. Stravos Avanti, (with Dahlia watching) having gotten to park early, decided to do target practice with a deer target and one of their bows. The arrows were target tipped (not padded), and a mundane who had driven by called the local authorities out of concern. Upon the police officer's arrival, the group was made aware that there was a local ordinance (put in place in the 1960's) that disallowed the use of 'an arrow shot from a bow' and equated it to discharging a fire arm. Out of concern for the group's members, and not wanting to break the law, Caim (Monarch) & Dahlia (Prime Minister) both agreed to cease arrow use until the matter could be resolved. For the following nine months, Dahlia (named “Mundane Liaison” by Caim) attended meetings and negotiations with the Lake Jackson Parks & Recreations Board, the Director, the City Council, the Police Chief, and the Mayor, all in an attempt to find common ground that would allow the province the use of arrows once more. During this time, Dahlia's mundane life interceded, and forced her to step down from both Mundane Liaison & Prime Minister. Caim took over the position during this time. For nearly three months the park was desolate, with only Caim showing up weekly, occasionally wrangling people into coming out in ones and twos. Eventually, during the summer, Dahlia's mundane life settled, and she & the City came to a mutual agreement. If the populace would agree to move parks to a more populated area, and only use their arrows in certain fields, away from mundane activity, then the city would make changes to the ordinance, allowing the group to resume their archery without worry for the repercussions.

Shortly after moving parks, and their numbers stabilizing, elections came up. Caim, once more for Monarch, Dahlia Aed decided to run for Regent, & Baulder Gurrk ran for Champion, winning out against his belt brother Lucian Dracul by a single shot. Baulder, appointed Lucian as his second in command, to ensure that there was nearly always a game, ditch, or quest being run. As Regent, Dahlia led workshops for weapon making, garb, and belt weaving, and managing to get the park into something resembling Amtgard clothing. Caim presided over it all, helping the park work together, and ensuring that credits were properly counted. By the park’s Mid-Reign, Caim was convinced by Dahlia to focus more on his duties as monarch, and to pass the credit keeping duties on to someone else. Elections were held, and the park elected Shadow Doll Archain as their first official Prime Minister.

As the previous Reign was coming to a close, both Dahlia and Elys Atlas Archain stepped forward, declaring their intentions to run for monarch. However, the park realized that their park's corpora was never disbanded when the province joined the Kingdom of the Wetlands. The officers held a vote, and agreed to use the provincial corpora for the remainder of the reign, and allow the next term's monarch to make the lasting decision. Elections were held, and presided over by Harold Thundervoice of Granite Spyre, who was visiting with King Warlord Termus, during his Kingdom Visit. The new officers were Dahlia Aed (Monarch), Baulder Gurrk (Regent), and Lucian Dracul as the Champion.

As the corpora had been voted into existence by the populace of Bloodwyrm Haven, Dahlia determined that the document could only be repealed in that way. Upon her ascension to Sheriff (as the park was a Shire) Dahlia called an Allthing. After a debate about the pros and cons of both corporas, a vote was held, and the people chose to abide by the Wetland’s Corpora. However, Shadow Doll’s mundane life was interceding on a large level, causing the prime minister to have to be absent for several weekends. While the now repealed provincial corpora had no laws describing the actions taken when an officer was absent for stretches of time, the Kingdom Corpora did. Dahlia asked for advice from Don Sebastian Du Lac (a writer of a majority of the Kingdom’s Corpora) to help her. With his help, Dahlia made Shadow Doll aware that she would need to step back and allow the province to find a replacement. An election was held, with Thule Ironbeard becoming the province’s Prime Minister for the remainder of the reign. During this reign the province grew, and Bloodwyrm Haven was elevated from Shire to Barony.

With the end of the reign drawing nigh, Thule Ironbeard & Midori, ran for the position of Monarch. Sara De Mandaloria, Ivy Lee & Arathamus D'Bois ran for the office of Regent, and Azthak Murderface & Caim Bloodwyrm pitted against each other for Champion. For the first time in province history, Quals were held for Monarch, Regent, and Champion, with all possible candidates proving themselves eligible. The populace elected Thule for Baron, Sarai De Mandaloria for Regent & Azthak as Champion. During this reign, a role-play featured Thule where he accidentally opened a portal to a demonic realm where harbingers of the apocalypse itself rode forth and captured him. The residents of the Barony united together and rescued him

Thule was elected for a second reign as Monarch with little contest. Up to this point, The new Regent election featured Arathamus D'Bois, Ivy Lee, and Stravos Avanti voicing their intent. The result was Stravos Avanti becoming the new Regent for the reign. The New Prime Minister was T'kal Thornside the Red, Initially, Azthak retained his position of champion. However, due to mundane commitments, he chose to step down and had two others fill in the duties of Champion until another election could be held. The park eventually had Dink Drinkard step into the role of Champion.

For this reign, the park elected Azthak Murderface for Monarch, Firanae Westcravenfor Regent, Dahlia Aed for Champion, and Caim for Prime Minister

For this reign, the park elected Dahlia for Monarch, T’kal Thornside the Red for Regent, Sideralis Ignis for Champion, and Arabella Grace Aed continuing on as Prime Minister. With the continuous growth of the park, and Bloodwyrm Haven was elevated from Barony to Duchy.

For this reign, the park elected Bowtag FireTalen for Monarch, William of Rosemont for Regent, Trypano Phix for Champion, and Nyxgar Bloodhowl for Prime Minister. After a couple of months in office, Bowtag ended up moving outside the province’s area, and was unable to continue on as the park’s Monarch. Therefore, William of Rosemont stepped in as Monarch pro-temp, and was elected to fill both roles as Monarch & Regent for the remainder of the reign.

For this reign, the park elected William of Rosemont as Monarch, Wilack du Lac for Regent, Garrett the Gorgeous for Champion, and Nyxgar Bloodhowl continuing on as Prime Minister. However, after a few months in office, members of the populace believed that William’s methods of running the park were not in province’s best interest, and asked William to officially step down from office. William refused, and Kingdom Officers were brought into mediate with the recommendation that an Allthing be held. The results for the Allthing supported the removal of William for office, and Wilack stepped in as Monarch pro-temp. After the pre-requisite amount of time had passed, Wilack was elected to fill both roles as Monarch & Regent for the remainder of the reign.

For this reign, the park elected Nyxgar Bloodhowl as Monarch, Moon as Champion, and Arabella Grace Aed returning as Prime Minister. The position for Regent was left vacant.

Other Publications and documents

The park is located at the MacLean Recreation Center in Lake Jackson.