A Barony of Goldenvale of Amtgard, located in Fredonia, New York. 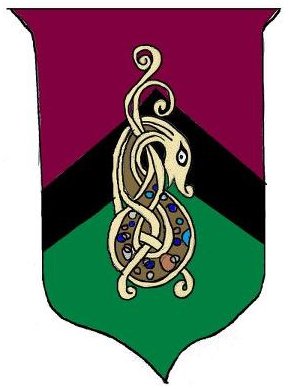 Founded in December 2011. After Ritari was brought to an event by Lofold, he then rallied Lofold, Jacqueline, and Kartik together to form Annwyn while they attended college together. The founders spread the words to friends, as well as the rest of the school. Soon after, the group began making a name for themselves, traveling to several Goldenvale events, bringing new blood and excitement into the atmosphere.

Annwyn meets Wednesday at 8pm inside of fenton room 179 for Craft Night,Friday at 5pm Outside of the william Center across from Steele Hall, then inside Dods Gym Next to steele hall by the pool entrance from 8pm to 10pm, Saturday at 12pm Outside the william Center across from Steele hall. Fredonia college campus when the weather is nice out and inside when it's not. (280 Central Ave Fredonia, NY. 14063) SUNY Campus Map