Lord Rook Hightower of The Ephemeral Light, Defender of Marcustar, Edonia's Descendant, and Paragon Healer, of Granite Spyre, Kingdom of the Wetlands 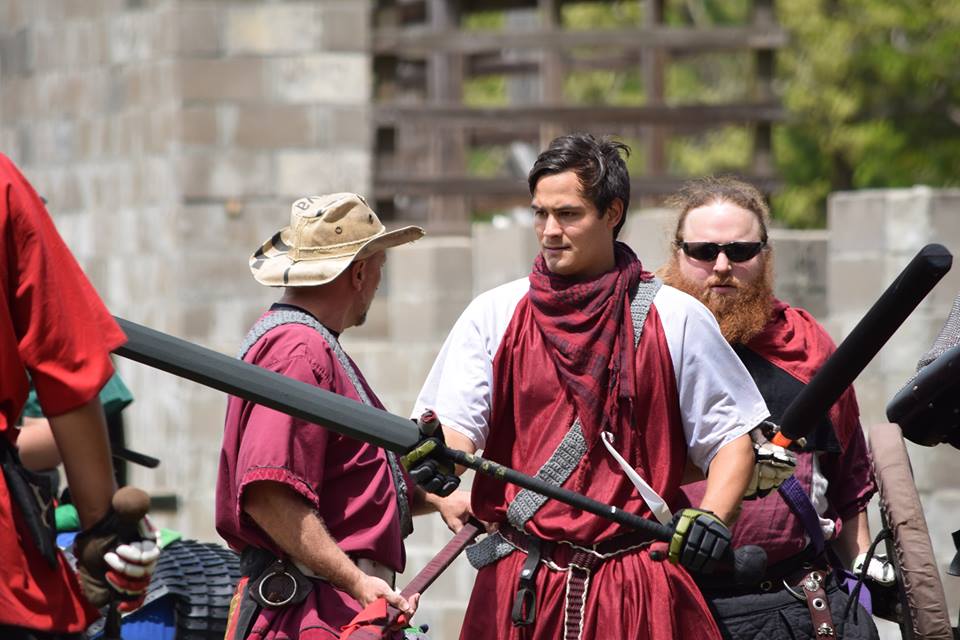 Joined Raven's Hollow in October 2016, and served as park Champion during Hutch Half-foot's reign. Moved to Granite Spyre in August 2017 and served as Baron during Reign XLIV. Is currently studying magic and perfomance under Mishka Thundervoice, and Rogue theory with the Rogues under Sir TERMUS.

- Paragon Healer of the Wetlands given at Endreign XLIII

- Won first place in the 5 and under A&S Tournament at WL Endreign XLII by performing Mentalism and Money.

- Recieved the Flail of Saint Cuthbert from Glen Mallet of Providence for roleplay during WL Relic Quest XLII.