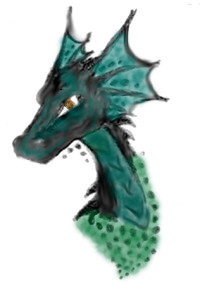 
On both of the above names I find them amusing and will answer to both or all. I was much surprised to find that when I got back on Amtwiki that Sir Yonnah had added to my original name. I am not sure of the exact moment that I was assimilated into the Grimwulff clan, but have been part of them for a while (now more official through Sir Wanderer) and have been a part of the Stormblades since Sir Yonnah put a yellow belt around my waist for opening my mouth about a problematic issue at park. Still haven't learned to keep my opinions to myself and find myself surprised that I have not yet caused Sir Yonnah to go bald tearing her hair out. I am not sure that Sir Wanderer knows what he has gotten himself into yet. 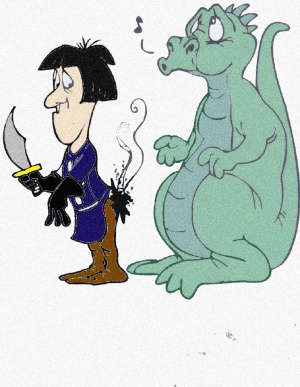 I am a sick individual who loves above all else to [[Auto-Crat] events, from the planning stages to watching everything come together at the end. I am the Lady of House of Crats, a brain child Household thought of after the first event that I ever ran. While small in comparison to most Households and Fighting Companies, I can say that I can count on the members that have joined and hope to see it expand in the future. The House of Crats or H.O.C was put in place for other sick individuals such as myself so as to have a "ready made" group to be able to run events without much hassle as to who can do what or where can I find people for....
House of Crats Yahoo Group[1]

I have been asked why I chose the name of Dragonmouse. The answers is simply this, long before I became active in Amtgard my nickname given to me by some close friends was Mouse. While chatting with a friend whose nickname was Hawk, I was getting mouthy and his girlfriend piped up with "But don't Hawks eat mice?" My instant response was "Yes, but remember I go from mouse to dragon in 3.5 seconds". This sparked off some fits of laughter as she pictured a hawk flying with a mouse in its claws and then realizing suddenly that it was holding a piece of a large dragon. Between this and the fact that Amtgard has several mice already, it just seemed logical to me, but mousedragon was a little strange to the tongue. So there is the basic story of the Dragonmouse and yes sometimes the temper is really that bad, but rarely does it show. I am very protective of those I care about and that is usually when it comes out the worst. Usually I'm not that bad, my horns just hold up my halo.


Note: The above pictures are from free use sites.

Notes on my squire

I always tell my red belts the same thing. That I only pick very high end people to my squires. In Dragonmouse's case, it is quite literally the truth.

To be honest, she's incredible and no matter how much she blushes, denies, or disagrees - she can't help but prove me right every time she takes on a project and does it to the best of her ability. She is a born leader and hellacious logistics General behind the lines. With her handling the infrastructure of your foundation, there isn't anything you can't accomplish. My only regret about her being my squire, is that one day I will lose her when I tie a white belt around her waist after she gets the title that she was born to have. "Sir". -Sir Wanderer