A Duchy of the Kingdom of the Northern Lights, located in Tacoma, Washington. 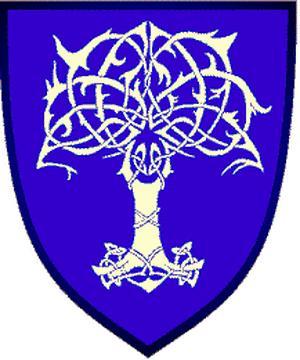 Heraldry for the chapter of Shrouding mist

Shrouding Mist has existed since 1996 when it was originally sponsored as a land under the Celestial Kingdom. It was under Blackspire during Northern Lights' time as a principality under them. Now here we are many years later and Shrouding Mist, now a Duchy, is one of the more centralized lands within the Kingdom of the Northern Lights, pulling an average weekly attendance of between 20 and 40 players. This land houses a strong skill set in many facets of the game, including high-intensity ditching and melee fighting, well balanced, exciting scenario battlegames through a richly wooded park riddled with a maze of trails and clearings for combat, as well as a very well reputed Arts and Sciences core that produces some of the best projects within our Kingdom.