Duke Radiant Kaio Fel'Malik of the Valley by the Coast of the Rising Winds. 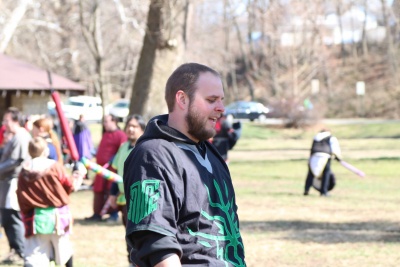 Began playing back in the Fall of 03'. Was convinced by his close friends at the time that it would be a good idea, he mocked them. But came out anyway. After a horrifically long absence from Amtgard stretching from 09-12 with only going to major kingdom events and the random park days all over the Midwest he has now begun the process of starting a park in his current city in Michigan.

Adopted Squire to Sir Wat of the Rising Winds