”Courage in life, Honour in death!”

”F@^% you Ducryuuuuuuus!” (Upon being winded into a tree and dying because of his ally) 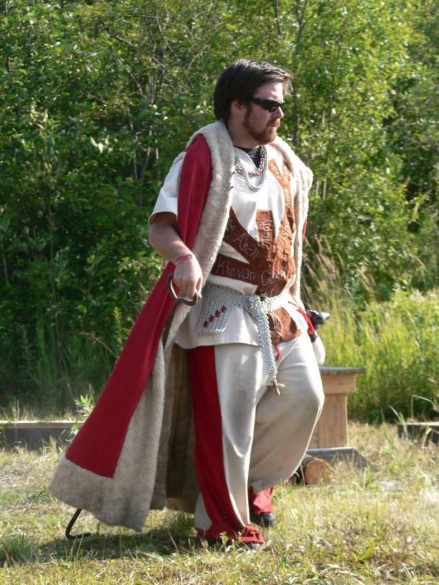 Ce'dar began his Amtgard career in the summer of 2003. He has been playing fairly consistently since that time, with a few breaks here and there. Ce'Dar is known for his dedication to both Wolvenfang and the Nine Blades. He received a Knighthood of the Crown at Fury of the Northlands in 2008 for his service to the Duchy of Wolvenfang. Since then, he has continued to regularly serve both Wolvenfang and the Nine Blades in office.

He is known for his sunny attitude and his subtle manipulations of those around him though his excellent PR superpower. Sir Ce'dar has become famous throughout Canadian Amtgard.