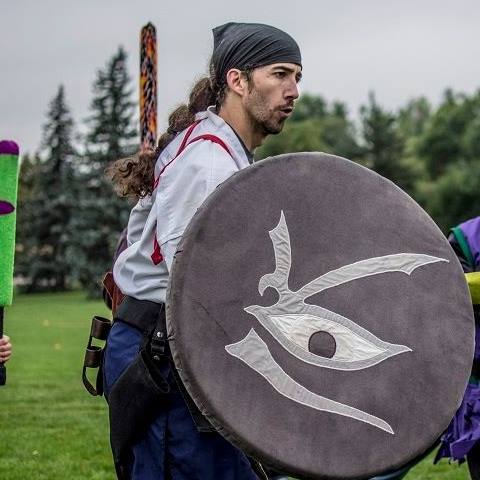 Pronouns: He, Him, His

I am an Archduke, a Paragon Archer, and a Paragon Monk.

I've made kind of a lot of neat things. Some of that stuff is real weird, in retrospect.

I make memes about Amtgard, occasionally. Some are funnier than others. Some are pretty trash.

I have attended a pretty large number of events: Rakis, Salt Wars, Gathering of the Clans, Knoblander, Dragonblade Wars, Known World War, Keep on the Borderlands, Feast of Mars, Crossroads, plus a lot of small, local events, midreigns and coronations.

I was suspended in 2018, Amtgard-wide. Suspension lifted in 2019, though independent suspensions were enacted in several kingdoms (Emerald Hills, Rising Winds, Celestial Kingdom, Tal Dagore, Burning Lands) to present. I'll likely begin appeals of those suspensions when the world is a bit more normal. Seems tacky, presently.

Fun times. Here's some animals I've been friends with, because all of that above is just a bummer.

I talk a lot. If you've got questions, ask.


"Well Eric, your idea was both highly successful and an utter failure at the same time."


First Amtgarder to add a reference to a Crab Rangoon to an amtwiki page.