”Haikus are awesome. But sometimes they don't make sense. Refrigerator.”

First played a few times at Silverwater in 1995.
Was one of the founding members of Windstorm Woods in 1996.
In August 1999, attended college at FSU in Tallahassee, FL where he founded Lost Woods by himself the same year.
In October 2004, moved from Tallahassee to Gainesville to attend law school at UF, becoming a member of Darkwater East which is now Kestral Keep.
In December 2007, moved back to Jupiter where played as a founding member of Windstorm Waters until the park folded in early 2012.
2012 through August 2014, played as a member of Crest Haven and visitor of Noxterra.
Moved to Sarasota, FL in August 2014, and currently plays as a founding member of BerLagmark.
Is credited with discovering that "Seraphic" is really a word. 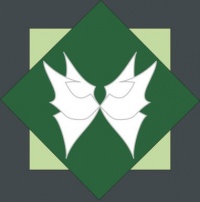 Former member of The Triads

Darian's title of Lord was the first title of nobility granted under the Kingdom of Neverwinter. It was granted in 1999 by Roger Shrubstaff during Roger's term as Kingdom Legate.


Darian holds the title of Esquire in the mundane world.

Darian was page to Sir Auwyne for a time.

Darian was the subject of the #5 all-time E-sam thread.

The sea captain named "Captain Darian Staruk" in the 2012 Nintendo 3DS game titled "Heroes of Ruin" is named after Darian. After unsuccessfully inserting Darian into a Star Wars game, Almasy Marquis inserted Darian into "Heroes of Ruin." Unfortunately, there are sea monsters in Heroes of Ruin, and Darian is eaten by one. 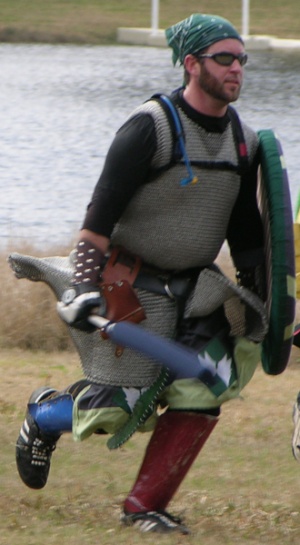 Darian at Neverwinter's Winter Coronation 2006 - the debut of The Seraphim.