A Defunct Shire, once located in North Ft Myers, FL 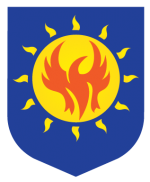 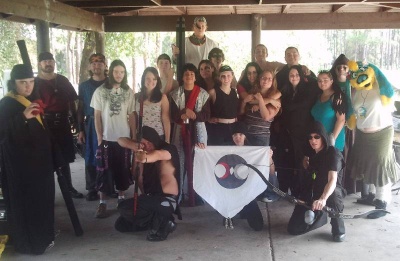 The Twilight Moon was established in February 2007 and contracted in September 2008. Our Weekly attendance ranges between 15 to 30 members now settling at 15 average.

Heroes of The Twilight Moon

Guild-masters of the Twilight Moon

Active Players (players in ( ) have not chosen an persona name as of yet.)

The Book Of The Dead

To those who have died while in twilight moon we both show HONOR AND RESPECT for those who have passed. May we always miss and remember you in our hearts mind and soul. R.I.P.

The mission of this house hold is making of Feasts and events at Feast at the local level for Twilight Moon.

This household's mission is in the creation of weapons, shields, banners, throwing weapons, wooden quivers, and more.

The Inquisitours Guild is a place where you can post a question about Amtgard you don't understand or can not find the answer and it is our at the guild to find you an answer no matter what. (If no clear answer can be found then that is the answer. Some questions just can't be answered.)

House Ravenhold armory is a house dedicated to the creation of Weapons, Armor, and all things garb related, leather work, and accessories for the betterment of your Amtgard experience.

House of the White Tigers

The Seven Beasts of Twilight

The Seven Beasts of Twilight is a fighting company composed of The Twilight Moon's most senior members, those who helped found the group and have been a part of it since the very beginning.

•Shadow, Master of the Beast, The Tiger.

•Duskan Gaust, Master of the Beast Cerberus, Guardian of the Gate.

•Regan Engrexel Lechgual, Master of the Beast Lamia, Devourer of ability and children,

•Damian 'Ecchi' Cordelus, Master of the Beast Abbaddon, The Bringer of Night.

•Tanis 'Wingless' Alravan, Master of the Beast Uruz, Werebear of the Arctic Planes.

Only Valid within the shire. Limited use at officer discretion.

Skull of Luck - after defeating the ugly voidstalker and saving the bard from the bad case of the poison the healer is awarded because of pure helpfullness and the fact it wouldnt be done without her with this special relic giving one luck point per day! (Held by Hotaru Awayuki)

Orb of Cremation - after appeasing the spirits in the skill of combat for the graveyard of the fallen soldiers this relic is obtained! this orb protects the user holding it in any hand protection from flame! must not have anything on that arm for the use! (Held By Desva Ginishi and Oracle)

'Kill the Killer' with a special twist, instead of being removed from the game when killed, you are contracted into the service of your killer. The game ends when one person controls all other combatants. All other rules remain the same.This game type may also have betrayers picked at the start, where they may betray the captain of the killer once a game.

At Twilight moon we have a ranking system that helps us better balance our Non-class Team vs. Team battle games. The ranks are listed below.

Non-Class Related Fighting Titles are in Order from lowest to highest rank: