Jugging is a sport best described as "medieval-style football" played using the rules of Amtgard safety based on the sport of the same name depicted in the movie Blood of Heroes. Introduced to Amtgard by Rift, although others maintain that the rules were developed independently by Cheshire.

The Rules of Jugging

Two teams of five persons each (with one alternate allowed, for a total of six players) line up on opposite ends of the playing field, and attempt to place a ball, called the "dog skull," in their respective goals by out maneuvering and/or killing the other team. One point is scored for each time a team places the dog skull in their goal. The game is played until one team has scored at least three points, and is ahead of the other team by two points or more. 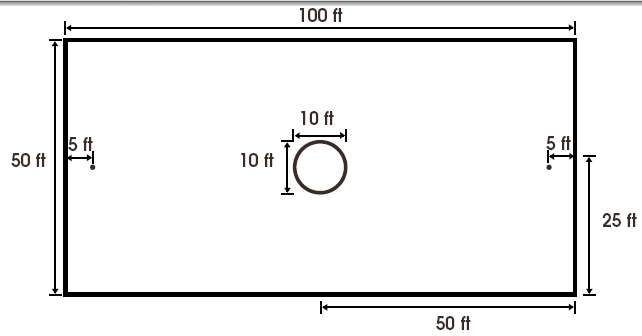 The jugging field is a rectangle 100 feet by 50 feet, the lines being 1" wide. Two goals are placed along the long middle axis of the field, five feet from the edges. The goals should be 1 foot in diameter, and 8" to 10" in height, and be Amtgard safe. In the center of the field is a circular area 10 feet in diameter, defined by a line 1" wide, which is considered part of the circle. The dog skull is placed in the center of the circle at the beginning of play. When play begins, only the Quicks may step inside this circle until the dog skull is fully outside its perimeter. If any other player steps in the circle, or onto the line, before the skull is removed, they die immediately, and take position outside the circle where the player crossed the circle. Once the skull is removed, the circle does not affect the game until the skull is reset by the Reeve. 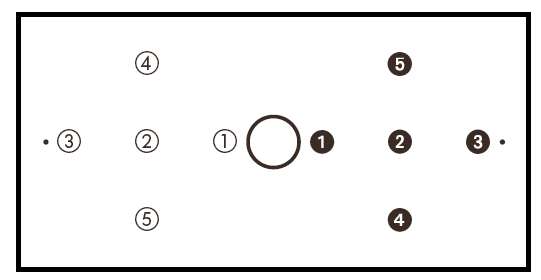 There are five positions in jugging. The Quick is armed with only a dagger under 18" in length, and is the only person on the team who can touch the dog skull. If a player other than the Quick picks up the dog skull, or intentionally moves it by touching it (including weapons or equipment), they immediately die. The Shield is armed with a short sword and shield. The Slash is armed with two short swords, the Chain carries one or two (Amtgard-legal) flails, or a flail and short sword, and the Heavy (AKA "Drive") has a single non-chain weapon at least 4 feet in length (if the weapon is a legal great weapon, as defined by the current edition Amtgard rules, it may break shields, otherwise it may not). 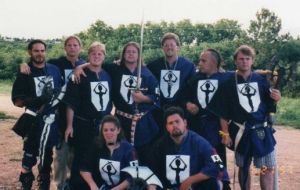 The Quicks line up on opposite sides, outside of the center circle, each facing their own goal. The Heavy starts just in front of the enemy's goal. The Shield lines up midway between the Quick and the Heavy, and is flanked by the Slash and the Chain, Slash to the right of the Shield, and Chain to the left side of the Shield, five feet from the sidelines. All players must remain in their starting positions until play begins. In the case of a false start, play is halted, teams are reset to starting positions, and the stone count is started again.

The game begins when the timekeeper casts the first "stone." This is done by throwing a rock at another object to make a loud noise, by hitting an object with a stick, or some other way of producing a sound that all players can hear. The timekeeper proceeds to cast additional stones, once every two seconds, and calls their number after each one. The actual count is the sound of the stone, not the number being called out. This is done until a goal is scored by a Quick or the timekeeper reaches 100 stones. When a goal is scored, the timekeeper stops counting stones, the Reeve resets the dog skull, and all players who are not shattered return to their starting positions, alive and healed, for a new round of play. When all are ready (within 30 seconds), the timekeeper commences the stone count from where it was stoppped, and play resumes. If a count of 100 stones is reached, play is halted, all players regain their full complement of lives, and the game resumes at a count of 1 stone after a short rest break.

Substitutions may be made at the following times:

Normal rules of combat in Amtgard apply to jugging (head shots are illegal, torso shots kill, limb shots wound, two limb shots will kill, etc). However, there is no such thing as a subdual blow. If a limb is wounded, it is useless for a count of 7 stones. If a player is killed, the player must remain in place, "dead" for 15 stones. If they have lives remaining, they must yell "Alive!", get up, and continue fighting. "Alive!" must be yelled before resuming play.

Each player begins the game with 5 lives. If they are killed 5 times, they are considered "shattered," and are out of the game. Shattered players must remove themselves from play at the earliest possible moment without affecting the game play. Shattered players may only rejoin if the stone count reaches 100 (in which case all players are restored to 5 lives). If the Quicks on both teams are shattered, play halts and the stone count advances to the next 100 count.

If, during the course of play, a player steps on or past the game boundaries, they are stunned for 5 stones. Stunned players are not able to affect game play, but being stunned does not count as a death. Stunned players may not be killed or wounded while stunned, but they may be pinned. Stunned players must remain on the field nearest the spot they were stunned, and must yell "Unstunned!" before resuming play.

Dead or stunned players may be either standing, sitting or crouched (but not laying down), as long as they have either a weapon or hand resting on top of their head. Dead or stunned players may not affect game play in any way (including verbally). After the count is finished for being either dead or stunned, a player must yell "Alive!" or "Unstunned!" immediately and resume playing. A yell of "Alive!" or "Unstunned!" should be able to be heard for 50 feet.

Dead players may be pinned. To pin someone, a living player must hold a weapon against the body of the dead player. The pinning weapon must be placed on the torso (including top of shoulders, but not the groin) of the player being pinned. Excessive force may never be used in pinning, or any other time during play. If the weapon is removed, the pin is lost, and may not be re-established. Once a player is unpinned, that player may not be re-pinned until stunned or killed again. A pinned player may not come back to life even if they have counted their required 15 stones. If a player becomes unpinned, they may not come alive for one full stone after the pin is broken and then only if they have been dead for 15 stones. The Slash may pin two people simultaneously; all other players may only pin one player at a time. The Chain may not use a flail to pin.

Fighting one player while pinning another is possible only if one weapon remains in constant contact with the pinned player. A pinning weapon may not be used in combat whatsoever, although breaking a pin to block or attack is permissible. If a pinned player has reached the end of their death count, and the weapon that is pinning them is removed (even for an instant) the pin is broken, and the player may come alive after the next stone is struck.

In order to score, the dog skull must be placed in the goal by the Quick. Dead Quicks cannot score, and if the skull falls out of the goal, it does not count as a goal. Stunned Quicks cannot score, either; if a quick has a hand on the skull in the goal and is also out of bounds, a goal cannot be scored. He is stunned and the skull must be placed nearest the spot where the Quick went out of bounds. Quicks only may move the dog skull towards the goal while they have possession of it either in hand or under arm or tucked in belt. It may not be kicked or thrown or transported by any other means, and there may not be any forward independent movement of the dog skull. The Quick may use the dog skull to block shots, but it may never be used as a weapon. Anytime a Quick must surrender the dog skull (dead or stunned), it must be placed on the ground, at the appropriate spot, immediately.