(Redirected from The Bitter Coast)

The Legend of the Barony of the Bitter Coast tells of the great red dragon Shelafi forming a lake as it fell from the sky. Notable landmarks of the Bitter Coast include the Sea Wall, built by the Sea King, Gravel Mountain, tended by gravel farmers and the Salty Shore, inhabited by the dry land goblins tribes. It is also home to the Inland Island Sunfish, an endangered and truly magnificent species.

Bitter Coast meets at The Community College of Baltimore County, Catonsville Branch on the south side of campus by the softball fields saturdays

For more information reach out to our Facebook Page or bittercoastofficers@gmail.com
Our coordinates are 39.2500,-76.7373
| 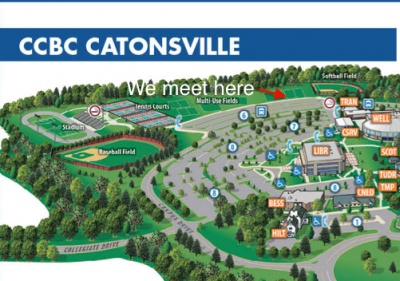 A cross game fighter practice also meets at our location on Tuesdays!
Knights of Tuesday

Folks of the Bitter Coast