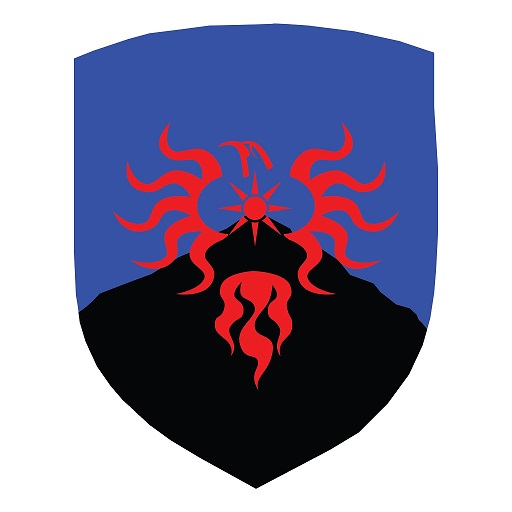 Phoenix Ridge started out as a labor of love of the game by Olaf McHiggins and Mariam McKee. Both were active members in the Kingdom of Rising Winds with the Barony on Five Oaks. After moving to North Carolina they were no longer able to enjoy the game. After many years of absence the two finally decided to get together and bring Amtgard to Hickory/Conover NC. On Mat 9th 2016 they received the okay from the Burning Lands to operate as a free hold, thus was born Phoenix Ridge. On completion of the Contract Phoenix Ridge plans on joining the Principality of Winters Edge. The name Phoenix Ridge was chosen because after some research Olaf and Mariam had seen that there had been a few attempts to bring the joys of Amtgard to the Charlotte area and for some reason had not prospered. So they felt it would be fitting to call the new park Phoenix Ridge, due to the fact that they are trying to bring Amtgard back to life (Phoenix) in the foothills of the Carolina's (Ridge). After much searching they had located a place to be able to play at the Conover City park. The park is large enough to accomidate a good sized group, and be visible to the public to generate interest. A major plus is that the City of Conover is excited to have Phoenix Ridge hold their weekly meetings at Conover City Park. Located in Hickory/Conover/Newton Tri-city area.

In July 2017, it was decided to move the park to Gastonia, to a local player's large property.

In April 2018, it was decided to move the park to Mt Holly, at Tuckaseege Park. Since then, they have been playing there.