A Duchy of the Kingdom of Northreach, Located in Fairbanks Alaska 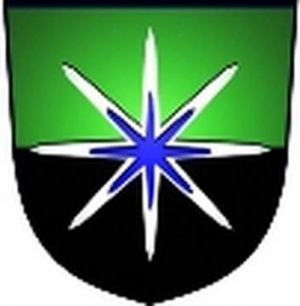 Heraldry for the chapter of the Astral Winds

Northreach's most far-flung chapter was founded in 2000 by Sir GoldCrest. This group is known for their warm hospitality in the cold north and their love of travel. Astral Winds is located in Fairbanks, Alaska. The members of Astral Winds always do a great job of representing their land and Kingdom. In 2004, Emperor Grendel of Iron Mountains awarded them the Order of the Flame for their volunteerism and attitude at Rakis. In 2006, King Redhawk awarded the members in attendance at Piratical Sabbatical II both an Order of the Gryphon and Order of the Rose, again for volunteerism and overall attitude. 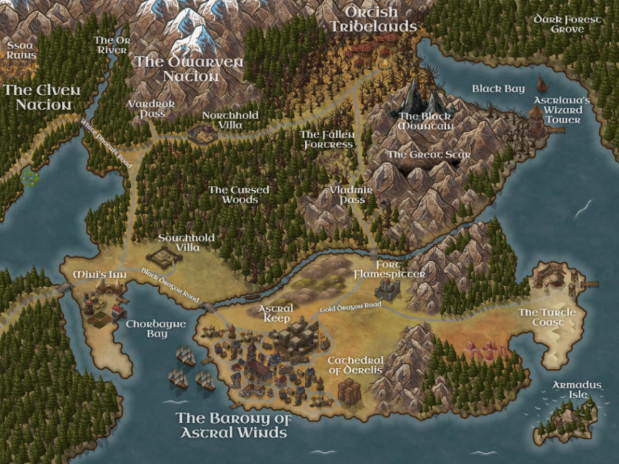 Within the early history of Astral Winds, there was a war between the park and the Fallen Ones which included frequent perils of undead invasions over All Hallows Eve and poor Baron Sir Goldcrest being held hostage. The period included clearing Chorbayne Habor of a Kraken that had taken residence, dark elves that opened gates to hells and many treaties with resident dwarves against assaulting orcs and goblins.

During this time, many campaigns and infighting occurred primarily over Astral Winds' lands. The territory was assigned but that did not stop people from fighting over who ran it. Eventually, the dust settled and iconic locations such as Astrianna's Wizard Tower, The Fallen Ones Keep and the Church of Derelis rose up from the Earth.

The Hobbs Head Tavern was first built up and run by Hobbs. After he died, he asked that his head be mounted and put on the mantle, so he could watch over his beloved tavern even after his death. The tavern was run by Vardrock the Dwarf, then by Talon until he left Astral Winds many years ago. Thus, it fell under the care of Astral Winds' own care and went without a manager for many years until Lord Puppet declared the unsuspecting Ada of Cavia the new manager. During said time, Lord Zerial Trollhorn sent a two-headed ork, Krugkrag, to assist Ada but instead only broke the doors down constantly. After Puppet's banishment, Ada turned the tavern over to new management, Radriar Gröla.

As legends say, the sword, shield, and armor of a fallen angel are hidden somewhere within Astral Winds and have yet to be found. Perhaps some brave and clever adventurer will solve it...

Once owned by the mighty Lord Squire Pyro Flamespitter, it is a mighty fort that lays just to the Northeast of Astral Keep and up the road some. In his absence with duties in the south, Lord Flamespitter had to leave his fort for an extended amount of time and it quickly fell to goblin control. In August 2019, newly appointed Lord Puppet took a team of exemplary warriors and won back the fort for his old companion. Now it stands tall, proud and arguably much cleaner.

The Black Mountain Dwarves were the original inhabitants of the Black Mountain. It is here that they built a great keep inside the mountain; it was to be a defensive point used to fend off the creatures of the underdark. Some time later a Troll Lord led an army against the dwarves and took the keep for themselves. Many years later, it has been told that Zerial Trollhorn awoke from unconsciousness on the stone floor of the great hall inside the keep. He learned that he was now the Lord of the trolls who inhabited the black mountain. Non, not even Zerial himself knows what deeds transpired to make him a Lord over these monsters.

An interesting sidenote: Astral Winds plays at Growden park in the summer. As it happens, this park is named in honor of one of Linden's family members.