A Barony of the Wetlands, located in Conroe, Texas. Serving LARPers in Spring, The Woodlands, Conroe, Willis, New Waverly, and Huntsville. 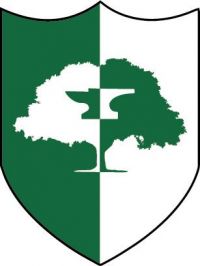 A strongly role-play oriented group, Ironwood's park is growing with veteran and new members each week. The players are friendly and love to quest.

Each week there are plenty of events that are happening. We include Role-Playing aspects each week, A&S demonstrations each month, and many different forms of fighting (including ditching, battlegames and full quests).

Our Park is among the largest in the Kingdom and is becoming the place to be within the Wetlands. Ironwood is known for its hospitality and availability for hosting Monarchs and Kingdom level one-day events.

On a mundane note: restrooms, water fountains, two large covered pavilions, a skate-park, a dog park and a children's playground are available, and lend to the more family oriented atmosphere of this park.

The current monarchy is supporting the ongoing trend of family oriented activities, promotion of A&S with themed competitions, promotion of the Rules of Play 8.0+, amusing - rather than totally dry - courts, public acknowledgment of achievement wherever possible, and in general, having fun.

Here is the website for the park with a map. http://www.cityofconroe.org/Parks-and-Recreation/pr-parks/Kasmiersky-Park.html