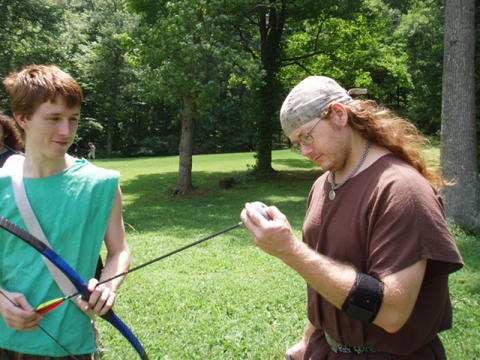 This great artisan to the Rising Winds started playing Amtgard in June of 2002 with the foundation of Madoc's Keep. Though he didn't found the park. He was there in its infancy and has held office many times during it's formative years proving himself to be a just and able leader as well as a regarded armorer and artisan. (Many people may know him as the chainmail guy at kingdom wide events. This is the typical conversation. "Who made that armor?" - "Etaukan" - "Who?" - "The chainmail guy from Madoc's Keep" - "Oh") As he is called at some kingdom wide events by people who haven't had the pleasure of meeting this individual. During his time in Amtgard Etaukan has also joined the former, elite fighting company Sol Invictus. 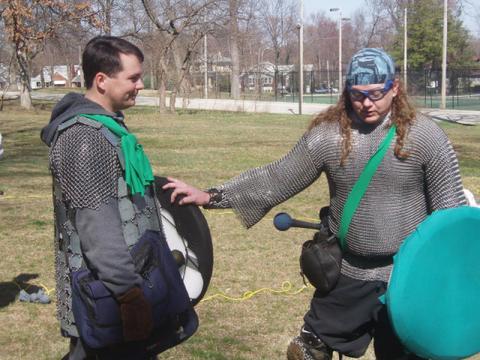 On the left: Lord Kavier the Kind of Madoc's Keep On the right: Etaukan "Ummmm....I thought scouts can heal themselfs, >.>" So quoted from Paint