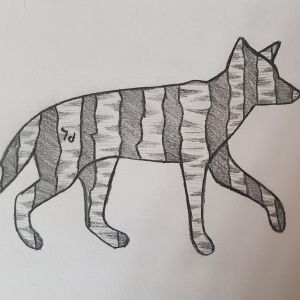 After nearly two years of being invited by her friend, Marquis Godric T. Ravenyard, Clementine finally decided to give Amtgard a try on February 29, 2020. She met many people that would later become amazing friends and like family to her.. She took a shine to it and was excited to continue coming out, but unfortunately for the intrepid young druid, the Plague struck!

Clementine was devastated that she was unable to keep attending Owlbear Grove over the summer, but kept trying to learn more and be involved from a distance. She studied under more experienced Amtgarders and asked questions. She was taught how to make a sword and spellballs by Godric. She made her garb and created art. She participated in written roleplay with Calaun and Lupus. She joined a DnD campaign by Calaun and was quickly adopted into the Dawnblight family. Soon enough, she and Godric convinced Clementine's friend Elias to join Owlbear Grove, as well.

After some desire to become more involved in the Arts and Sciences and to foster more creativity in the Principality, Clementine was convinced by some friends to run for Regent of 13 Roads. She was nervous, as she still felt like a new player, but she decided to give it a try. She won, much to her surprise and served two terms as Principality Regent. More updates to come...

Countess, given by Onishi Katzushinsei May 2022