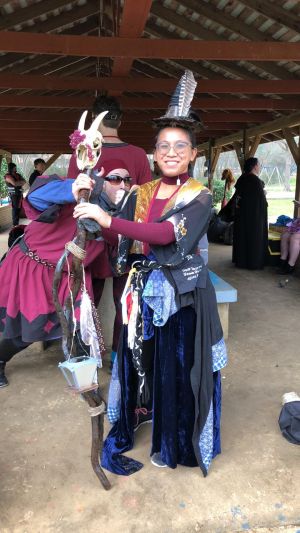 Azure Vigil started off as a Dagorhir player out of Larp group at the University of Houston, but started Amtgard after World Banner Wars 2017. She has since worked to help Allicross Vigil form the park The Crossways at UH.

Azure Vigil, more commonly known as Azu or Azu!, will roleplay as an Elf caster.