Married to Lord Daelin Darkstalker Fyrebringer, Lady Terrylyn is known at Falcon Tor as the levelheaded, responsible one. She has been playing since June 2015 and is an experienced field competitor. She is known for being well organized and also always willing to help out a new player or teach something unique to those who want to learn something new in A&S. At the Central Missouri Renaissance Festival you will also find her behind the counter of the Garrison Grill helping to provide amtgarders and mundanes alike with delicious faire food.

She is a member of Black Heaven.
She is also belted to Duke Sir Beldin Wallarm, of Falcon Tor, Tal Dagore 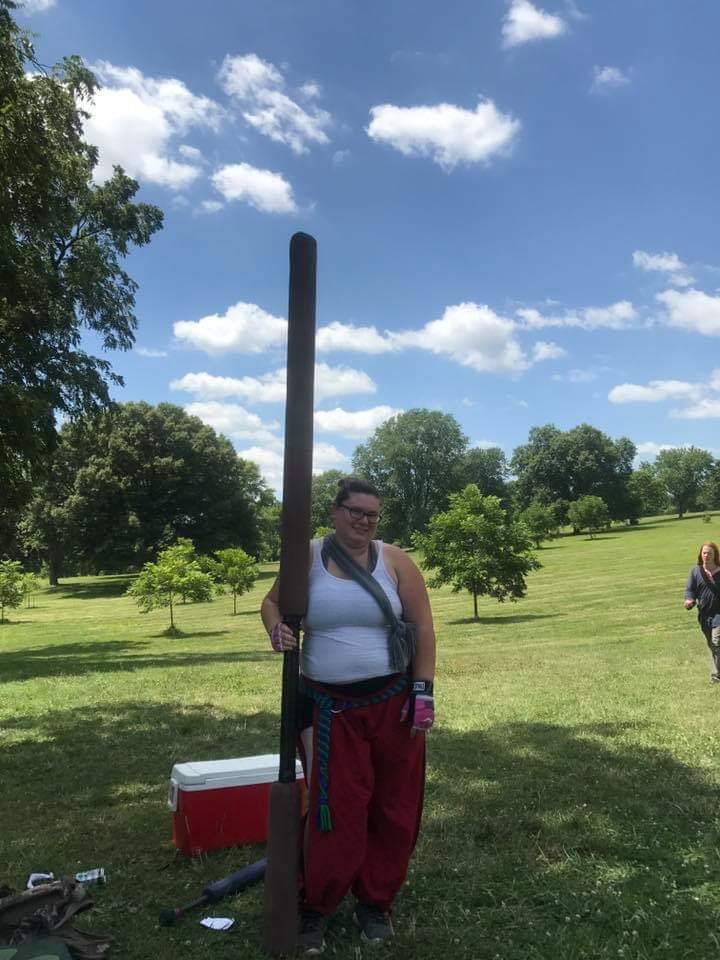