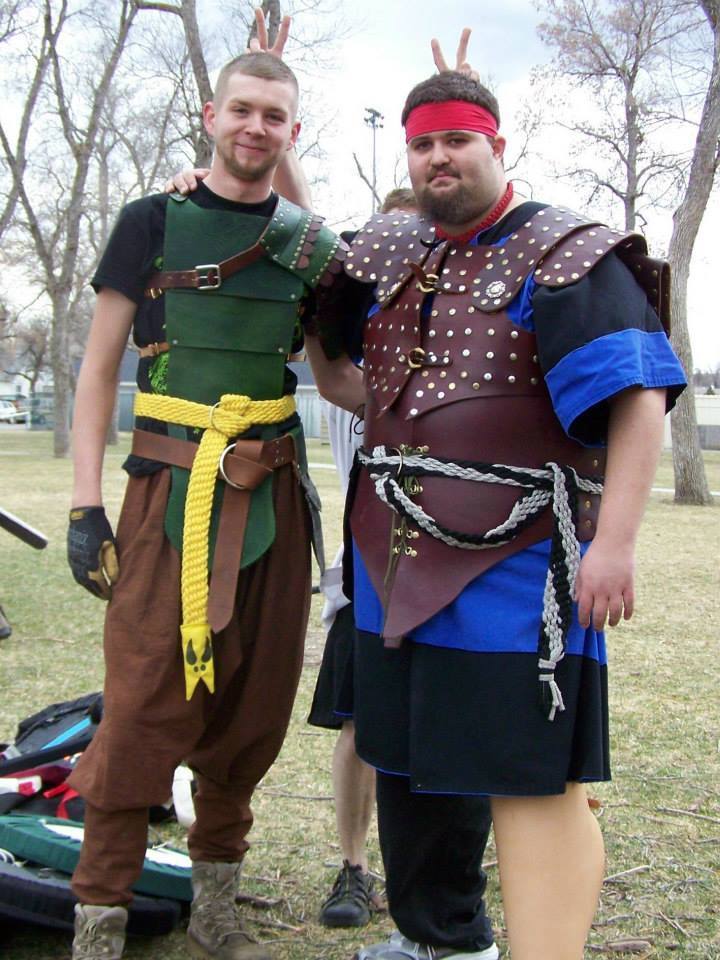 Talis and his man at arms Warbar

I don't find myself to be a weird person. Why? Do you?

We have a stormtrooper over here with a bow, Storm Wolfcaller

I lived the life of splendor, like any of the elvish realms. Then war came to the realms and man, dwarves and elves alike were drove into a hasty alliance. My life was thrown into disarray when I was taken from the Elves corps and thrown in with a forward company of elite dwarves where I met a life long friend and ally. I learned that archery is not the only rout of an elf and that I must adapt to overcome obstacles. During a small but vicious battle I was wounded in the knee and given a head injury. By luck I survived the battle field and after a few tense hours of fighting was able to escape to safety. Upon returning home from war I ran into my dwarven friend while adventuring. We joined up and had many adventures in the flatlands before a drunk southerner took his life in a wagon accident. I soon there after decided I needed a change of scenery and went back to the home village of my dwarven friend. After finding that there was little need for adventurers or adventures to be had I got on my horse and headed back east until i came upon a place known as Skystone.

There I met Sion, a scout in Skystone while working as security for a tavern, who pointed me towards a group of adventurers. I decided that I would try to make a new life among these people. I attempted to prove myself when some of the member of Skystone headed to Rivers End to assist with a monster problem and successfully utilized my mercenary ways to avoid being resurrected by the necromancer except for on one occasion where they attempted to make me dance for them and i was thoroughly embarrassed by a Jester. Upon returning I was approached by Warbar, man at arms to Baronet Squire Kyra Kadais, Squire to Arch Duke Sir Duffer Cole "The Miner" with an offer to become his page so that he may teach me and I may improve myself in battle and in aspects of A&S and I accepted and was belted on March 9th, 2014, a page of Warbar. Shortly after being belted I was asked by the Current monarchy to take up the position of Captain of the Guard for Skystone and I accepted the position. I plan on taking full advantage of the learning tools at my disposal and proving to WarBar that i am worthy to be his Page