Lady Woman-at-Arms Taliandra Alexandrea Vandurian, Keeper of the Lore, of Ironwood, Kingdom of the Wetlands 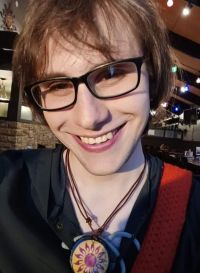 Taliandra first got her taste for Amtgard in Approximately early 2009-2011, when, after conducting some research of her own into the sport, pleaded with her father to take her. Now, on this day they did not participate, simply watched. Taliandra would not return to Amtgard until 2017, taking on the Persona Name of Rain. She would come for 3 consecutive weeks before moving out of state where there would be no Amtgard park for 5 months. Until one, by the name of Wolf’s Bane, was finally formed. She would play for another consecutive 3 weeks before moving back home, and would not return for another 6 months. When she would return, she would do so under a new persona, Taliandra Vandurian. On the Third week of her Return, she was Nominated Champion of Ironwood, and she would hold this title for Year and half, holding 3 full reigns in the position before taking the position of Regent. Her last two reigns as Champion would be during the Covid Lockdown. During this time, she would participate, and run online role playing events. She would be awarded 3 Orders of the Mask during the lockdown, and granted the Title ‘Keeper of the Lore’ By Queen Anyanka for her excellence in role playing.

Taliandra would also take a Page in a young Amtgarder by the name of Little Cheetah.

Before the Lockdown, Taliandra had gained the eye of the Saracens, and would be mentored by Lord Aubrey Westcraven. Before anything could come of this however, Covid-19 had surged and parks were shut down.

Taliandra, a Half-Elven girl, would be left on the doorstep of a knight in gold when she was but a Babe in a far off land. He would take her and raise her as his own. Though to him, she was merely but a servant, Abusing the girl either physically or mentally, unknowing of what lay dormant in her blood.

A Magical Entity with its own personality would grant Taliandra Power. Power out of her control. And as she grew older, she grew in power.. Until it would become too much to keep locked away.

This Innate magical entity simply wished to protect the girl. And when she was 20 years of age, it would free her from her abusive guardian. In a fit of rage, her gifts would cause an explosion on par with an atomic bomb, Erasing the far off Kingdom she was raised in from the map, leaving but a crater where it and its occupants once resided.

Alone, Taliandra Vandurian would travel across the world with a fear that her destructive magical gifts would reawaken. She would seek to understand this power, and control it.

Her Travels would bring her to Ironwood. It is here where she would be welcomed with open arms, learning to live a normal life, not as a servant, not as a danger, but as a friend and valued member. It is here where control and understanding of herself, and her self worth, would flourish.

Here in Ironwood, her magic would be focused on the school of spirit, healing those injured in battle or defense. Her story is still being written. 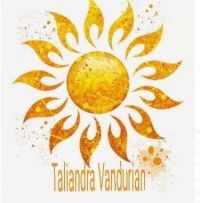 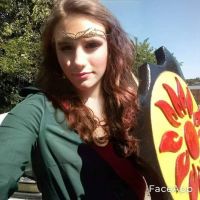 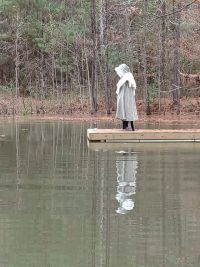