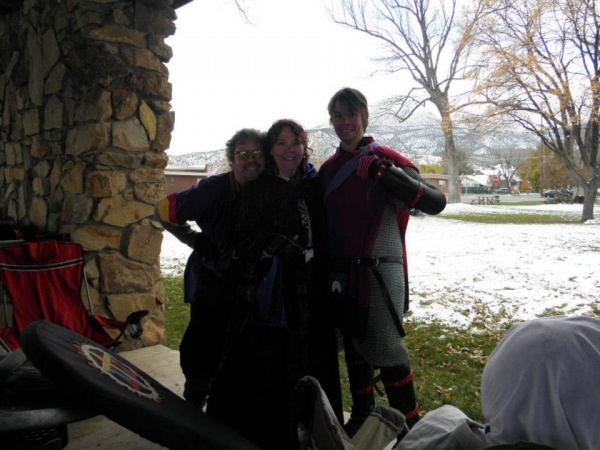 Sean, the real life son of founders Nicholas Se'rech & Sorcha MacAnroigh, has been foam fighting with one organization or another since he was about 6. Following his 6 year nationwide tour he decided it was time to get back to his Amtgard roots & helped restart the Shire.

Sean earned his final credit & entered the Book of the Dead on May 8, 2015, cradled forever in the wings of the Dragon who lives on the Spyre.

Recently tore off an entire toenail using nothing but a leatherman