Upon hearing about something interesting: ”Pictures” 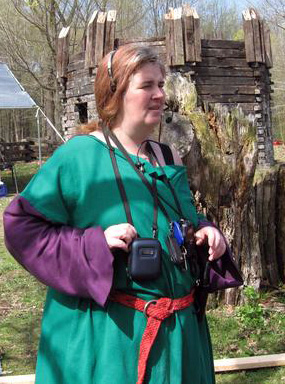 Starting her Amt-career as Sheriff of Phoenix Tears.

After Sheriff she took off a bit of time in office to join a fighting company Grendel. Which she dropped in the Spring of 2008.

Kathrynn is constantly holding the office of prime minister for her local chapter and at the kingdom level.

Former Page Pyi MacLeod of Phoenix Tears - She has bypassed me in skill.