Difference between revisions of "Asche Palandir" 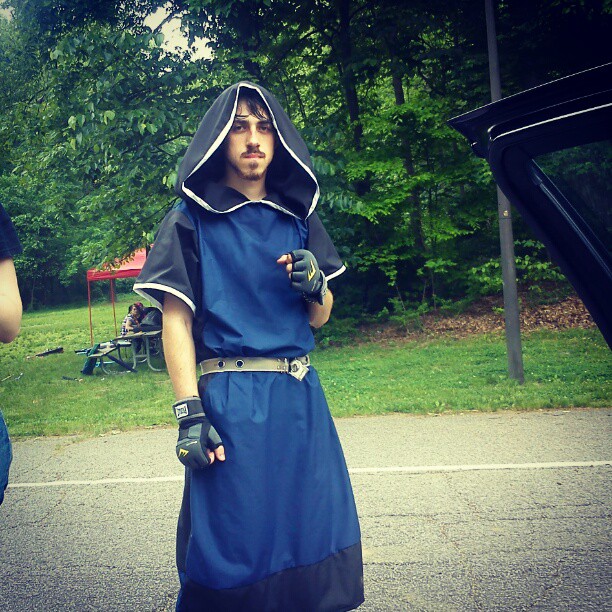 I officially dub (Asche) "The Mean Mighty Mighty Monarch of Amtgard," with all rights, privileges, duties heretofore appertaining. Done by my hand, on this, the 4th day of January, 2015. -Liam Prime Minister, Neverwinter

Asche started playing Amtgard in February of 2006, after hearing about the game from Sakana. Since then, he has expanded his roamings from the simple Shire of Madoc's Keep (now a Duchy) to regularly attending and participating in Rising Winds events and gatherings. In the Spring of 2012, he co-founded the Rising Winds fighting company Temple of the Vanguard.