Baronet Sir Zike McNasty, of Wolfheim, in the Kingdom of Polaris 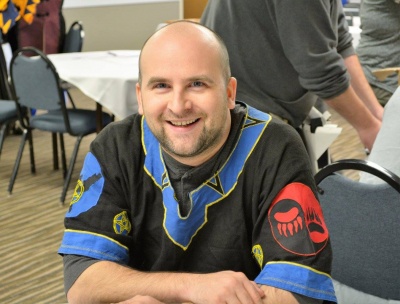 ”How Many Bodies do you need?”

Zike began playing a homebrew version of Amtgard in 1999 with a bunch of friends in Stoughton Wisconsin. His player base quickly expanded to 40+ players until lack of direction dissolved this group in 2004. After playing several unfulfilling years in Belegarth, he found a home in Wolfheim in 2012 and has been with the park ever since.

Zike Pioneered the role of the Task O Crat in Polaris. This role in a nut shell is a person who finds and documents volunteers for anything that an event may need.

He was offered a Squire belt by Queball in early 2018.