”For Honor and Glory! For Death and Mayhem! FOR THE RUM!!”

What's life without a little Chaos? 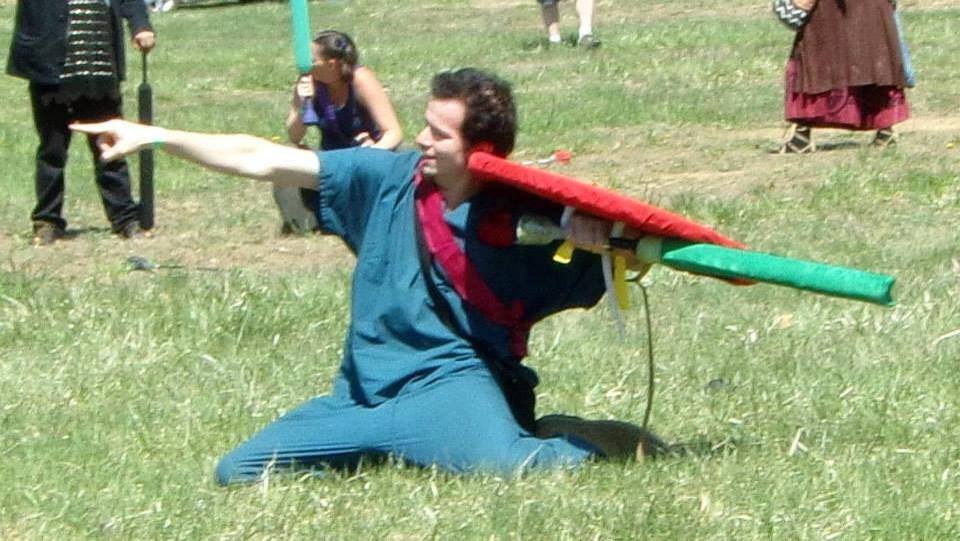 Long long ago, when the mists were still covering the land, and the Titans roaming free, a child was born. Not any child, no not at all. A Drow child, a male, was born to a lower house, one of insignificance. The third born son, as law, he was to be sacrificed to the great goddess, Lloth - but that was not to be. For on this day, tragedy would strike his house, erasing it and everything that was his family, forever.

Nobody really remembers what happened that day, for it was so long ago, that even the Drow have forgotten. No one knew of a child left alive, left alone in the Underdark. A child that was taken in, and raised by Deep Dwarves. A child... who has a hatred for his own kind that rivals his inbred hatred for the Elves of the surface world. For centuries he toiled, trying his best to learn the crafts of those around him. Over time, he was successful, and garnered enough trust to set out on his own.

He first arrived in a damaged place known as the Mystik Caverns. There, he assumed the role of a Bard, telling stories and leading people to victory. After a time, he continued on, stopping at a grand place known simply as Five Oaks, before coming to rest in the great Madoc's Keep. There, he learned the trade of healing, and met many many people and creatures. They left such an impact on his life, that to this day, he honors them.

Now, though, he resides in the Black Widow Lake, slaying his foes as he fell back into his ways of an Assassin. He strikes out of nowhere, and quickly. His presence is noted daily, and he is feared or revered by those around him. His ways were seen, and he reverted back to neutrality, healing those who were harmed; plotting until the time was right.

The Household of the Planeteers, formed while in route to Feast of Fools 2014. We are planning the rise of the great Captain Planet, to strike at a moment's notice, and to send fear down everyone's spine!