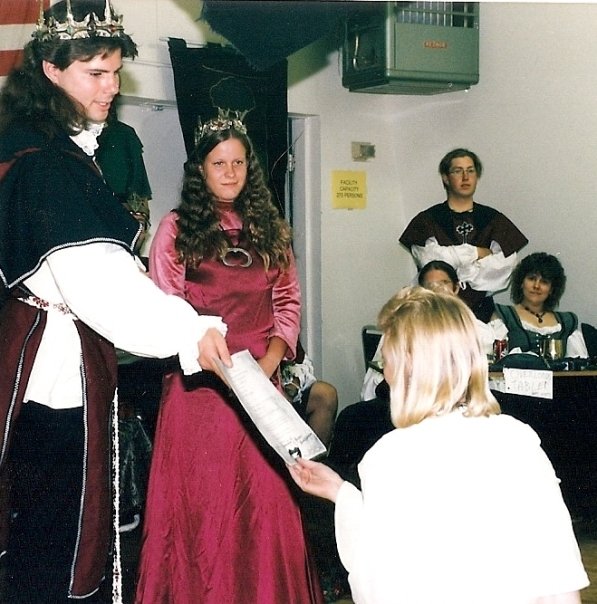 Wolfram is one of the elder statesmen of the Iron Mountains. Wolfram is a three-belted knight; he holds Flame, Sword, and Crown.

One of the top fighters in Amtgard history, Wolfram may no longer be in his prime but still commands respect. There was a stretch during the 90s where many considered him the best fighter in the game. He was known for his efficiency in combat, no wasted movements.

Captain and long-time member of the Claw Legion