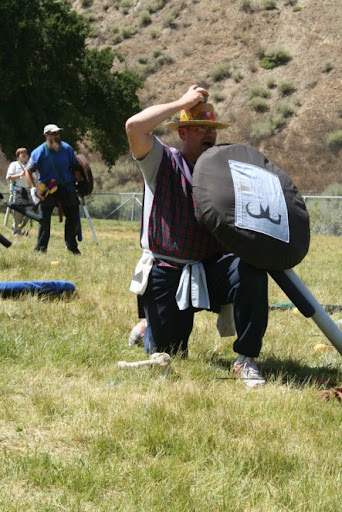 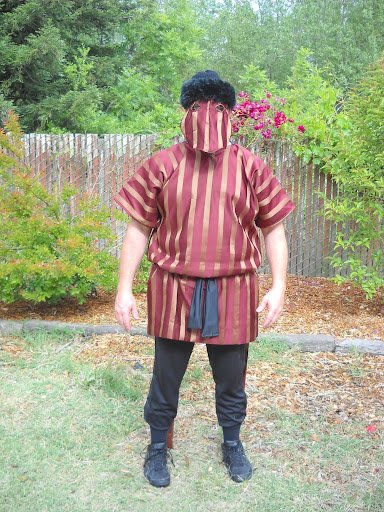 Water Hammer first appeared at Crimson Wood in September of 2010, brought by Gale and possibly dragging along a few others. A veteran of our armed forces, Hammer proved to be a diligent, level-headed, and practical kinda guy, playing fairly and helping out where he could--whether that was in construction, bringing people to games/practice, or just being a part of the cloud of color between battlegames. His signature hat is with him nearly always, making his tall stature easily-identifiable from a distance.
Hammer favors sword-and-board fighting, but also has demonstrated an interest in polearm weapons. We fully anticipate that such specimens he brings to the field will do credit to his demonstrated history of fighting capacity.

Member of the Hammer Clan

Member of the Aspirants to Glory

None at this time.

For his wide variety of assistances, big and small, as well as just being generally a great guy, Hammer was granted the title of Baronet by then-Duchess Bill the Nun in June of 2011 at a Coronation celebration.