"He's that sword knight.. from Golden Plains. Kinda sounds like Boomhauer when you REALLY get him going." -Jynx Currently resides in the Shire of Golden Plains under the Burning Lands.

Raban Ethindale Harkonnen was once his squire but dropped his belt, to take a ck knights belt 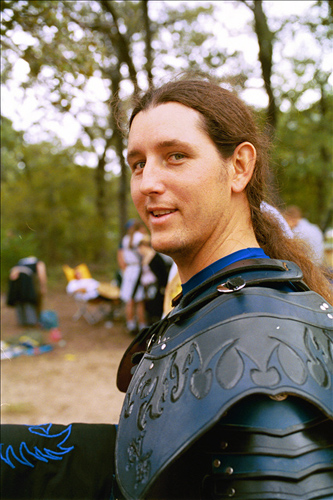 Armor made by Sir Shef