Wanderer, of the Kingdom of The Rising Winds

"Not all those who wander are lost." --J.R.R. Tolkien, The Lord of the Rings

I've been playing since the middle of 1990, I saw the beginning of Clan Grimwulff, became a page and then a squire for about five years before being knighted in 1995. My life has largely been lived within whatever kingdom I found myself in. Having lived in The Celestial Kingdom, The Wetlands, and now The Rising Winds, I've lived through many growing pains, history, and just the sheer amount of experiences I've had in this game is a little overwhelming.

I joined Barad-Duin in middle 1990 and adopted the lifestyle within the year.

It wasn't until Rufus took me under his wing that I really understood any of this mess. He put me to work in both real life and in Amtgard. He made me a Page to his then Squire Rufus to Sir M'Deth.

I learned the ins and outs of many things and It is sad, but yes, true. I won't bore you with the details, but to say that Rufus was my mentor would not be exaggerating, in fact now, thirty-five years later, its safe to say we are family.

I have been both Baron and Duke of Tori-Mar, indeed helped form the group many years back; in 1991, I believe. The years tend to blend together after this long.

I have been blessed to meet many important individuals people that have done much for the game over the years. I don't believe I am one of those people, although from the remarks above - others do.

I am very goal oriented, which is both a blessing and a curse. In 1993, Rufus was knighted and in turn was expected to hand down a red belt to me.

After five years, a few death defying acts <one of which involving a tornado at an event> I had the honor of being knighted by my peers and the Circle of Knights of the Celestial Kingdom.

I still remember the cheers and the standing ovation I got from the 300+ in attendance at Spring War III. King Zephram and his champion, my own knight, had this planned out. I was knighted by Zephram's own priceless World War II katana that I had mentioned in passing when I had helped him move that last year.


I have returned over time and the years. Playing in Tori-mar, even returning and forming Avalon's Gate in order to help give my friends with families somewhere they could go to due to the more Stickjock-friendly modes of Tori-Mar.


Being one of Rufus' Red Belts, even the first, there is a certain responsibility to the game that has been ingrained into all of us. Hopefully, my experience that I have gained over the years both in and out of the game will help future generations and my own squires.

My introduction to all of this

I went to a small sci-fi fantasy convention down in San Marcos, Texas called, Sanmarcon <apparently they weren't too imaginative on the name.>. They were having a demo for the SCA and I wanted to see what that was all about.

Apparently, the SCA had either cancelled or the High Fantasy Society was misunderstood - either way it was Barad-Duin who put on the show. I watch them storm all over the cobblestones like forty or fifty strong. I thought it was the coolest thing I had ever seen.

I walked over to a pretty girl in a dress, yeah - I know, I'm predictable. Her name was Robin, her persona name escapes me, but she was nice to the high schooler that I was at the time and gave me the rundown. I asked to borrow a weapon and have a sparring match. She called over a handsome college age guy and asked him to have a go with me.

If I had known then what I know now, I'd have sworn she was going to enjoy watching me get my ass kicked. The guy she called over was [[Arthon of the Golden City]. I set up and tried to mimic his footwork and tapped his sword like I had seen in the movies.

I remember people that were playing that haven't done this in a decade. Sinjin, Kelvis, Koronada, Exile, Terwin, Tiberius, DOA, and Terris Ember

I really didn't have a character or persona name in mind, I just played and enjoyed myself. Kind of the point, wasn't it?

Dirk and the Wanderer

At some point in your life, you encounter someone that you can raise hell with. No matter what gets in your way, if you are with this partner - then that barrier vanishes into a cloud of debris.

He was as good a friend as an outsider could have though, we raided baronies up and down the kingdom. If it wasn't bolted down, we stole it. If she wasn't tied down? Well, you get the idea.

We raged like that for about five years, him with his huge vinyl covered axe, known as Destiny, and me with whatever variety of katana I could get my hands on. We were roommates for a while too, as Amtgard seems to always bring people of our unique calibre together. I do look back on those days with fondness. 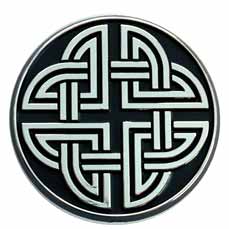 Formerly Paged and then Squired to Sir Rufus Grimwulf and knighted by King Zephram MacLaren. 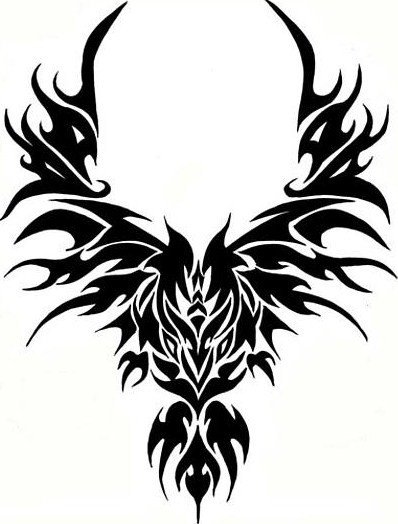 As you read above, I was a page to Squire Rufus. This was a long two year process helping where I could and basically learning the ins and outs. I never wore the yellow belt of a page - just never bothered, I suppose. I didn't mind it too much at the time, and knew that Rufus would be knighted soon enough. I met our knight, Sir M'Deth of the Burning Lands, at Clan IX. I really liked M'Deth, though he really was a hand's off knight. Just went out and did his thing. It seemed effective. Being a page means that you get handed the dirty jobs by your squire. You do it and take it on faith that they are going to watch out for you. This puts a lot of pressure on the squire of course to actually do what he says he is going to for both the knight and the pages below him. This is probably why I don't bother having pages under me as a knight, if I like them enough, I'll just give them a red belt.

If you thought being a page was tough, try being a squire. Three years of that! I had accomplished up to four roses by the time I got my red belt. To say I did some insane things as a squire would not be stretching the truth. I recall one event at Burnet County Fairgrounds that we were under a tornado warning. This means that the twister on the ground in your local area. It was night and other campers were trying to pack up their belongings into their cars and hope that no one got sucked up and vanished to parts unknown.

Rufus stripped off his furs and went with pants and tunic. I didn't even get a look of request from the old fuzzy one. He knew that I was going out with him, no questions asked. People needed help, we were gone.

I remember the lightning flashing, rain was pouring down in literal sheets. We were both drenched within seconds in seemed. I recall half lit faces of people that were hopelessly bogged down either with frightened children or a tent that threatened to carry them off. We helped where we could. It didn't matter if I liked them or not. To be honest, when you are in that kind of mode, it doesn't come up. They need help. You help them. That's how you have to think when you are out in that kind of mess. If you didn't want to help, you sure as hell wouldn't be out in it to begin with.

I made smart-ass comments all the way through it, Rufus replied with whatever came to mind. He knew that what we were doing was crazy, but that's just the kind of guy he was. He wouldn't have thought any less if I hadn't have followed him into the torrential downpour, but my place was at his side - a place I haven't left really to this day.

I commented on this a little bit, but I want to cover it in depth. I hunted the idea of "Becoming a Knight" without really thinking it through or even considering what I would do once I got that goal. I figured it would attend to itself. It didn't. So I was forced to reconsider and really think about what I wanted to do, be like, and in general where I wanted to go from there. So that brings us to where I was both forced to make decisions and to really figure out where my place was in the game.

My own individual style has evolved over time, and exponentially grown within this last year. My present style is to work on being more of a mentor. It might look like a pile of squires up there, but I really have the lowest number on average squires of any of the Grimwulff knights. (To be fair, there are a lot of us.)