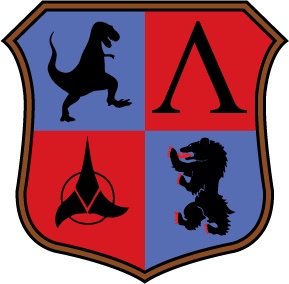 Our Words: Young and Powerful!

Our Motto: Service through Leadership!

This is the last name shared by several Virginia Amtgarders. It is an official house. It was founded by Redav in 2007 as he decided that after 4 years of playing that he should pick a last name. The name comes from the Heathen God Kirathos (god of treachery) a god created by Redav for his role playing games. Redav hopes the name will be passed down till the end of Amtgard. To join the House, express an interest in helping a name to carry on.

Jacen Ciel is using the name, because he is being difficult, but is not a member of the House.