"What do you mean by 'unlikely'? I'm a VERY likely hero!" 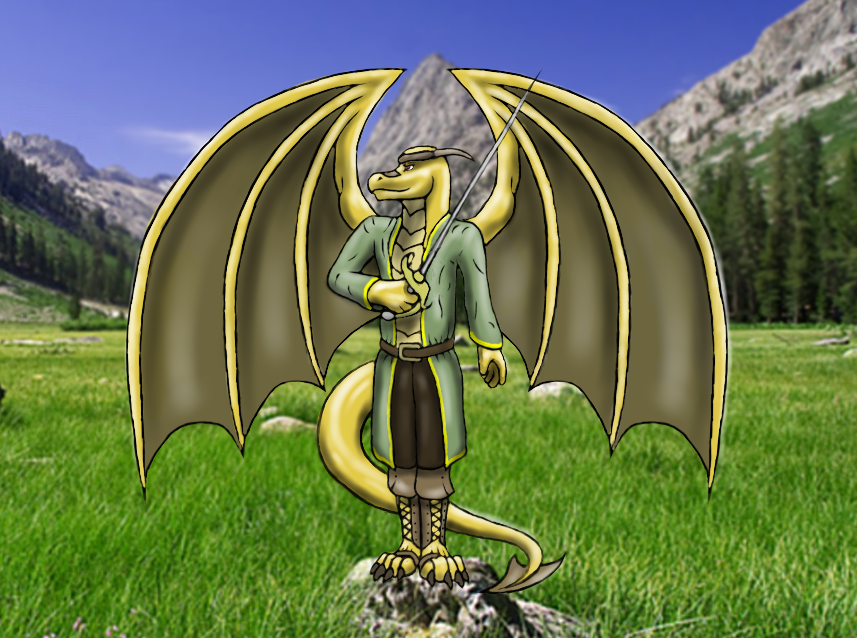 The dragon doesn't speak often about his past, though it is clear that he is of noble birth. Tragedy struck within his home world after a young mercenary's entire troop was deceived and killed by a black dragon sorcerer. This lone survivor was driven insane by his lust for revenge and began a mad crusade to wipe out all dragonkind. He did not discriminate between good an evil, any creature that called itself a dragon was his enemy, as were any men or beasts which allied themselves in any way with dragonkind. He wrought destruction across the land until he was finally brought down by the dragon king himself. Vinderex was still very young at the time of this mad slayer's rampage, and he witnessed the deaths of many, including his father. When he left his home and ventured out into the world, he became the very worst kind of dragon, one who saw mankind as a threat which needed to be dealt with. He burned down towns, slew the unfortunate souls who opposed him, and enslaved those who survived. Many years passed with Vinderex wreaking havoc across the countryside. But over the years, some of the slaves he kept began to get to know him. They began to see that such destructiveness was not his true nature, that in his sheltered early life he had known no other humans besides the madman who destroyed everything around him. They saw that Vinderex's destructive actions were not out of malevolence, but rather out of fear that the rest of mankind would be just as heartless. In time, they earned Vinderex's trust and showed him the error in his ways, and convinced him to give mankind another chance. And so he took on a human form and set out to wander the land, mingling among and carefully studying mankind in his travels.

Though powerful in his true form, he is still somewhat unaccustomed to his human body, and is not well versed in the arts of combat, and so survival sometimes demands that he show his more dragon-like side. He tries to avoid unnecessary conflict, though his sympathy for all dragonkind, both good and evil, and his tendency to even fight to protect them, has earned him the mistrust of many human comrades who consider such creatures to be a threat, especially Black Clover who has actively hunted him down on many occasions.

Contrary to false rumors being spread, he is in fact not in any way related to Uther Retheu Ironfist.

Vinderex began playing in July 2013 after meeting Ed in college and hearing of Nine Willows from her. After being a regular player at Nine Willows for a little under a year, he became a founding member of Burning Skies. He has some fencing background, and also has some experience with weaving scalemail. He received his first Order of the Owl at the kingdom coronation in 2013 for his "dragon skin" armor. Since joining, he has also started making PVC bows.

Vinderex is of no belted lineage 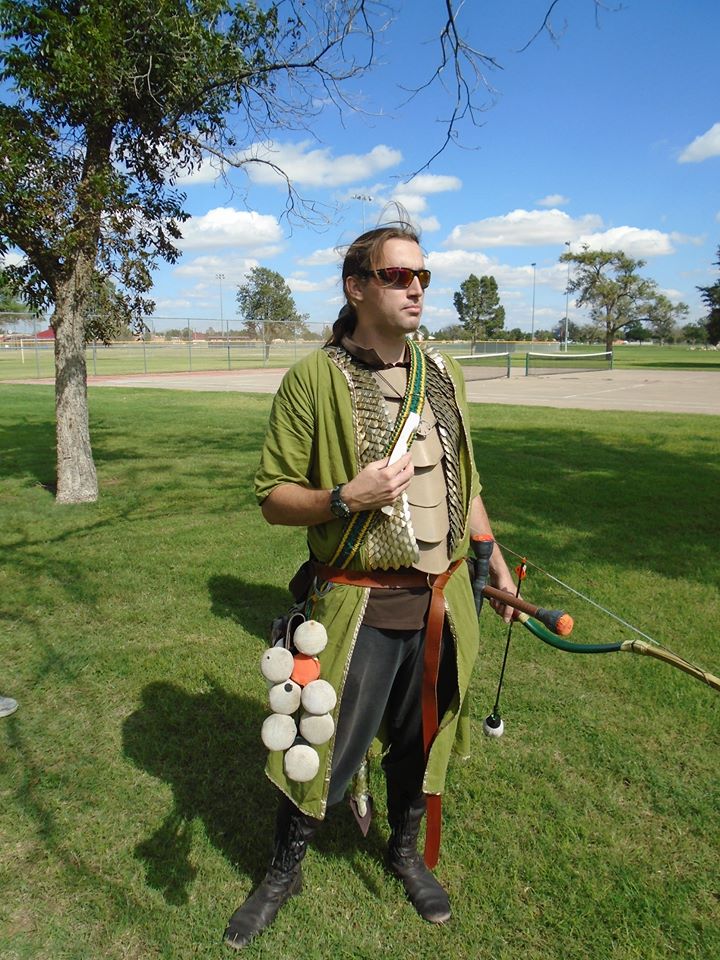 Ready for a monster hunt. 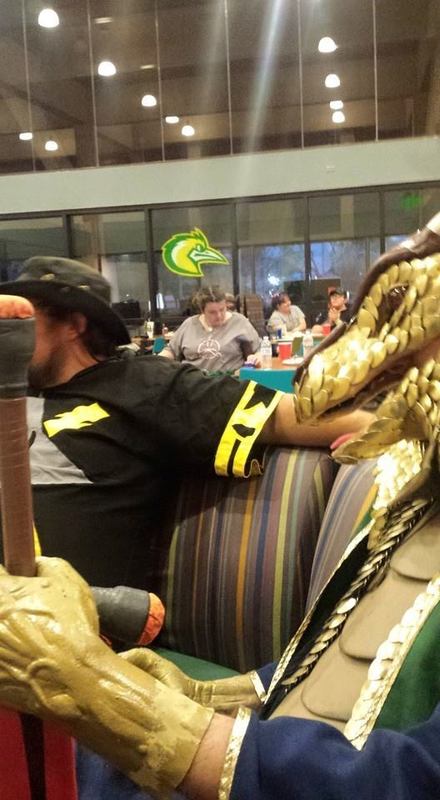 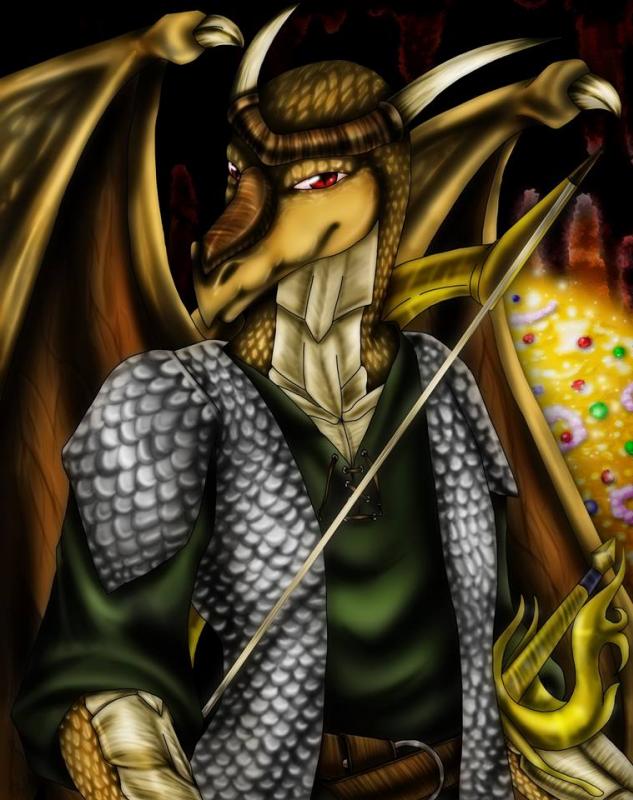 A portrait of Vinderex by Zsadist