"This is the forest primeval. The murmuring pines and the hemlocks, bearded with moss, and in garments green, indistinct in the twilight. Stand like Druids of eld, with voices sad and prophetic. Stand like harpers hoar, with beards that rest on their bosoms. Loud from its rocky caverns, the deep-voiced neighboring ocean speaks, and in accents disconsolate answers the wail of the forest." 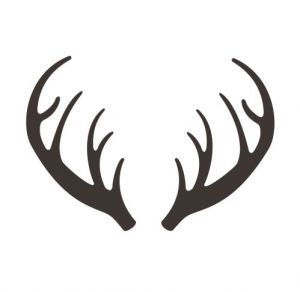 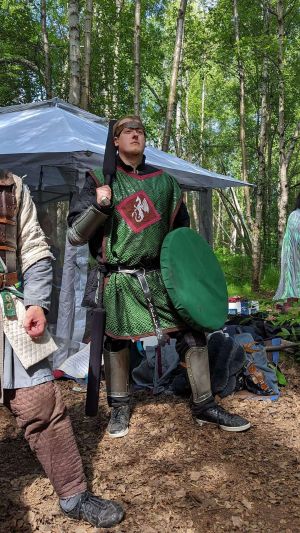 Vaellyn in his half plate

Vaellyn was born in E.P. 11, 69th of Marching to the Stag Horn tribe that lived in the northern mountain ranges of Northreach. His father was a shaman of the mighty crow spirit which held much influence over the surrounding region. The young boy grew strong as he heard tales of mighty warriors that fought and died in the wars against rival tribes. His dream was to be a powerful shaman that would one day unite the tribes under the banners of his ancestors. When he came of age at fifteen, Vaellyn went with his kin on raiding parties against neighboring tribes. His skill with a blade was feeble at best, but the young warrior did his best to stay alive and learn all he could from each encounter.

For two years life continued like this for Vaellyn. Although he never truly matched the most skilled warriors of his age group, though he continued to partake in the violence of his culture until a warlord rallied his people. Bruken the Invader, strongest of the war chiefs in the northern peaks, called upon each tribe to stand against the small band of adventurers that began to reclaim the ruin of Glacier Keep. His tribe answered, and the young barbarian followed his kin to many bloody battles against Sheriff Pyro and the forces of Lupine Moon.

After Bruken was petrified and the barbarian clans were nearly destroyed, Vaellyn admitted his cowardice and fled into the Dire Wood. Terrified that the adventurers would slaughter him for his crimes against their newly won land, he was forced into solitude in the fierce forest. He hunted for his meals and made a small camp near a babbling brook, claiming it as his new life in this interesting new area. Time passed quickly as Vaellyn's survival skills continued to sharpen, turning the scared barbarian teenager into a man of the wilds. He learned to stay hidden from the adventurer's that braved the region, quietly learning their language as he followed and observed their ways. Slowly, he began introducing himself to the strange people, finding them quite agreeable.

His reputation with the denizens of Lupine Moon became amicable as he traded pelts and food with them. He helped guide those who sought to travel the Dire Wood and became known as a ranger of the land. When news came that a dark enemy of the realm had taken refuge nearby, Vaellyn struck out to see if he could handle this threat by himself. What he found was far more dire than he could have imagined. Before he found his quarry, a horrible disease of black magic found his flesh and began to rot his body. Terrified, Vaellyn ran into the woods in a maddening stupor. As he collapsed, he was found by a spritely fae woman named Boot.

The woman brought him to a dense grove and revitalized him, dispelling the disease and mending his broken body. As he woke, he learned of the ancient ways of the druids that tended to the grove. Owing them his life, he decided that he would learn from these individuals and swear to be a protector of the woods. After years of training, Vaellyn emerged as fledgling druid. He traveled back to the shire of Lupine Moon, hoping that his path would free him from all past crimes. When he arrived, he blended in with the other adventurers and made many companions. His love for Lupine Moon grew as he continued to fight against all that would set their hand against the shire, battling orc clans and undead blights with his skill in natural magics. He was named guildmaster of the druidic followers within Lupine Moon for a time, where he shared his knowledge with all. Although he cared not for the political dealings, he did his best to respect the ways of the monarchy. The sight of his past warlord, petrified in the town square, always reminded Vaellyn of who he truly was. The way they spat on the petrified man angered him, but he never mentioned his past to the people of Lupine Moon.

When the demon lord Bar'gual set his sights on the lands of Lupine Moon, Vaellyn was called to aid in the defense of the region. It was then that he first stood beside his people's enemy, Pyro. The orcish tribes that rallied behind the demon began to march against the defenders of Lupine Moon, sparking many skirmishes along the borders of the forests. Vaellyn was tasked with attempting to soothe all of the natural creatures that had been upset by the demon's presence. Knowing he would need assistance, Vaellyn made a pact with an ancient fey in the form of a mighty oak spirit. For the price of his human emotions, Vaellyn allowed the spirit to reside within his body. This granted him the druidic might to contend against the fiendish threat. When the monarchy had finally found the demon's location, Vaellyn stood beside Lupine Moon as they battled him for nearly two days. They vanquished the threat and drove the orc tribes scattering into the northern mountains. For his service to the realm, Vaellyn was awarded the title of Paragon Druid for his valiant defense against Bar'gual's armies. He was the first among the coming kingdom of Northreach to bear the title, and he sought to spread his experience to all of the future druids that would defend the north.

Pilgrimage to the South

Fate had a different path set for the Archdruid. As he prepared to settle back down into the Dire Wood, the spirits of his lost tribe called him away on a pilgrimage to the south. Questioning his visions, Vaellyn took his partner, Boot, and traveled far to the lands of Dragonspine. As the spirits called him to a vast desert, he started a small oasis known as Shifting Sands. Wary wanderers rallied to the promise of ease in the harsh southern dunes and thus a shire was born. Allying with the nearby city of Sun's Haven, Vaellyn led Shifting Sands through a time of prosperity. The elementals of the sands rose up to fight against Shifting Sands, Vaellyn gathered a ritualistic cabal of spellcasters to split the land and form large rifts in the earth to keep back the raging chaos. A mountain range rose around Shifting Sands as a result, changing the name of the region to the Mountains of Elsrum. Pleased with his service to the Kingdom of Dragonspine, Vaellyn returned back to the lands of the north. He stayed in solitude as he returned, practicing his faith in the druid groves until he deemed it time to take his place as a defender of Lupine Moon and the newly founded Kingdom of Northreach.

He returned to aid Northreach in it's endeavors, ensuring the protection of the realm. He spent many years back within the Greatwood. Within the deep forests, Vaellyn encountered an imprisoned forest dragon named Tiarneth. During his time walking the realm, the mighty demon Bar'gual bound Tiarneth deep in a dungeon below the earth. Offering up the ancient oaken spirit that resided within him Vaellyn freed the dragon and swore fealty to him. Tiarneth blessed Vaellyn with the powers of a paladin, sending him off to the land of Ravenstone to live in the land of Ravenstone to aid in the protection against further fiendish invation. Before he left, he was awarded the title of Lord by Queen Ziogen for his service to the realm.

Vaellyn took his lifemate and son, traveling north to the valley of Ravenstone with their newly acquired noble assets in hope of fulfilling Tiarneth's will. He offered his services to the crown of the barony, acting as Ravenstone's Guild Master of Reeves and Librarian during the final stages of the reconstruction of the barony. He now watches over the realm for any sign of Bar'gual's return.