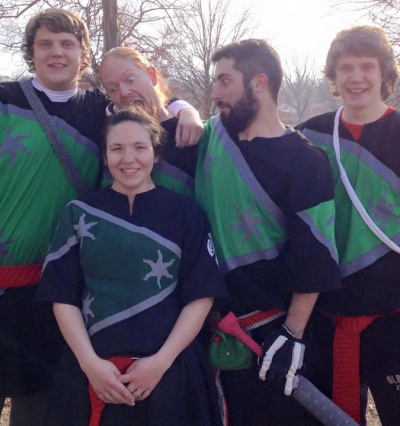 In 2006, some of my friends in high school started playing this game with foam swords and shields and magic, which didn't sound like my kind of thing at all. After hearing about a lot of my friends going to these things called "events", I swore I would never get caught up in doing something so dorky...

I began playing Amtgard at Madoc's Keep, an Amtgard park in Louisville and shortly after switched my parks to Five Oaks in Elizabethtown, KY. In 2009, however, I moved to St. Louis, MO to be with some boy (who I'm now married to) and finish college and I now play at Jupiter Stones.

Roslyn, my amtgard persona, aspires to be a warrior and an artisan. She's primarily a healer on the field, and a fighter on the ditch.

All flurbiness aside, I try to be a pretty well-rounded Amtgarder. I've co-autocrated an event and held positions as Prime Minister and Regent at Duchy level. I've also served as Kingdom Regent, Champion, and Prime Minister in Tal Dagore. I like to fight and I've placed in a few kingdom level tourneys. I also like to sew, and I've won a few honors in the realm of Arts and Science. 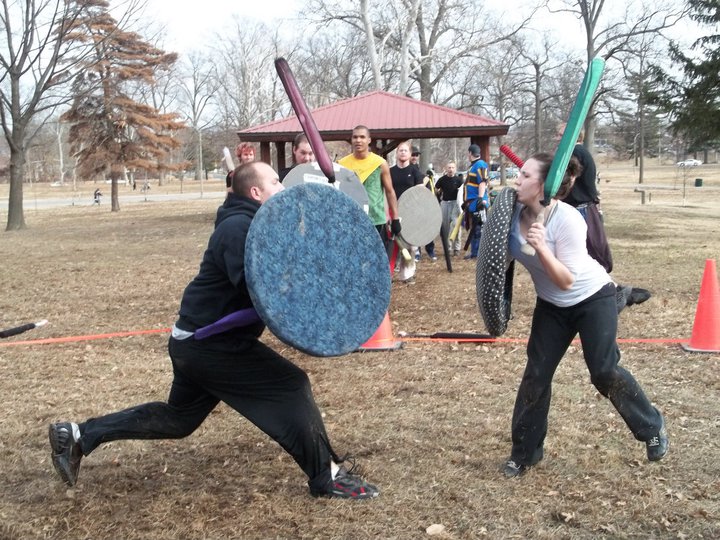 Shown here fighting her husband Wilhelm in a tourney 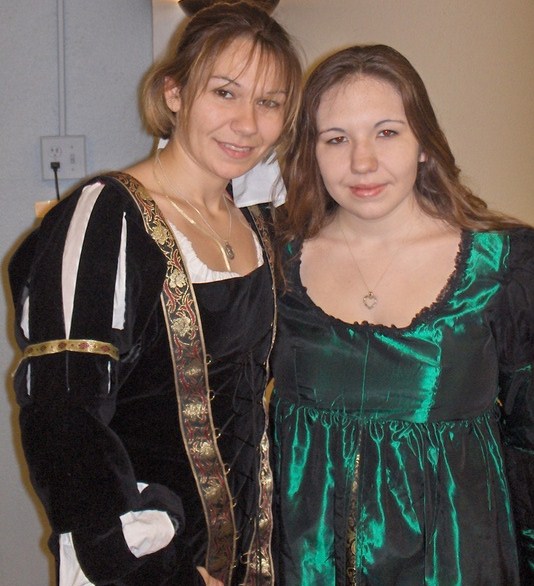 "From Right to Left: Tusocks and Roslyn in court garb at WG Masquerade January 2009"